A city at the heart of Spain both geographically and culturally, Madrid is home to some of the most grand and extensive art collections in Europe. Learn, first hand, the story of one of the families that managed to save the bulk of the art in Madrid’s premier museum – the Prado – from destruction in the Spanish Civil War, and close down one of Madrid’s top museums, like the Prado, the Reina Sofia, the Thyssen-Bornemisza or the Sorolla, for a private evening tour led by expert curators. Or, escape the buzz of the city for a detour to the gorgeous Spanish countryside, visiting ancient castles and villages.

Of course it is not all about art: some may clients prefer to focus on Madrid’s nightlife, a private after-hours tour of Real Madrid’s football stadium, or to meet one of Spain’s most famous fashion designers for an introduction to her collection in her atelier.

Madrid is bustling, energetic, and full of life. There’s much to see, from the city’s stadiums to its art galleries, but it’s the madrileño attitude that really sets this city apart: an appetite for cheerfully maximizing every hour spent not working. Hiding wonders and history around every street corner, downtown Madrid can be easily explored on foot. It’s in the city’s streets madrileño citizens can be found inviting you to indulge in one of many tapas bars, to lounge in beautiful plazas and squares, to join in a street festival, or sunbathe in luscious green parks. Despite being Spain’s capital and a centre of international business, Madrid maintains a relaxed, unhurried atmosphere. 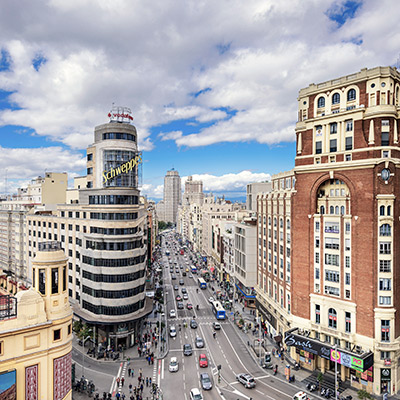 Perhaps the most magnificent and royal town in all of Spain, San Lorenzo del Escorial is located in the heart of the Guadarrama mountain range, only an hour’s drive from Madrid. Escorial’s architecture is varied, grand, and historical; the surrounding mountains provide leisurely and captivating hiking routes. Visitors must see the sprawling 16th century Royal Palace and Monastery, enshrined in the centre of lush pine forests and a striking mountain landscape.

Even a brief stroll along the winding streets of Toledo’s historic quarter makes it easy to see why Toledo so enchanted Spain’s greatest rulers. The historic quarter radiates out from the soaring Catedral de Santa Maria, a starting point from which to lose yourself in endless, ancient, and winding city streets – packed with landmarks such as ancient temples, schools, gates, museums, and libraries.  Atop Toledo’s highest hill sits a military museum and library, housed in a palace that was once Charles V’s Spanish base for the Holy Roman Empire, and even earlier the site for Muslim and Visigoth fortresses. Toledo is known as “The City of Three Cultures,” and with such a captivating and varied history, Toledo earns that title.

Segovia is jam packed with history and intrigue, like the 12th century Alcazar de Segovia, or a massive two-tiered Roman aqueduct, or the enormous gothic cathedral, constructed over the course of 200 years. Museums, churches, ruins, and other attractions dot the rolling hills of Segovia, inviting you to explore! Be sure to enjoy lunch breaks feasting on Castilian delicacies such as the famous regional “cochinillo”, or suckling pig.

Avila is the place to go for historical beauty and relaxed tranquillity. Its defensive walls boast an impressive 88 watchtowers, and Avila, along with its vast heritage, is entirely enclosed within. The oldest example of Gothic religious architecture can be seen in Avila’s 12th century cathedral; its imaginative design is both aesthetically stunning, and allowed the cathedral to become a successful fortress. 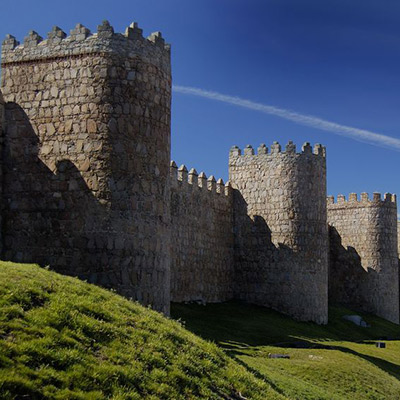