The Holy Week in Spain 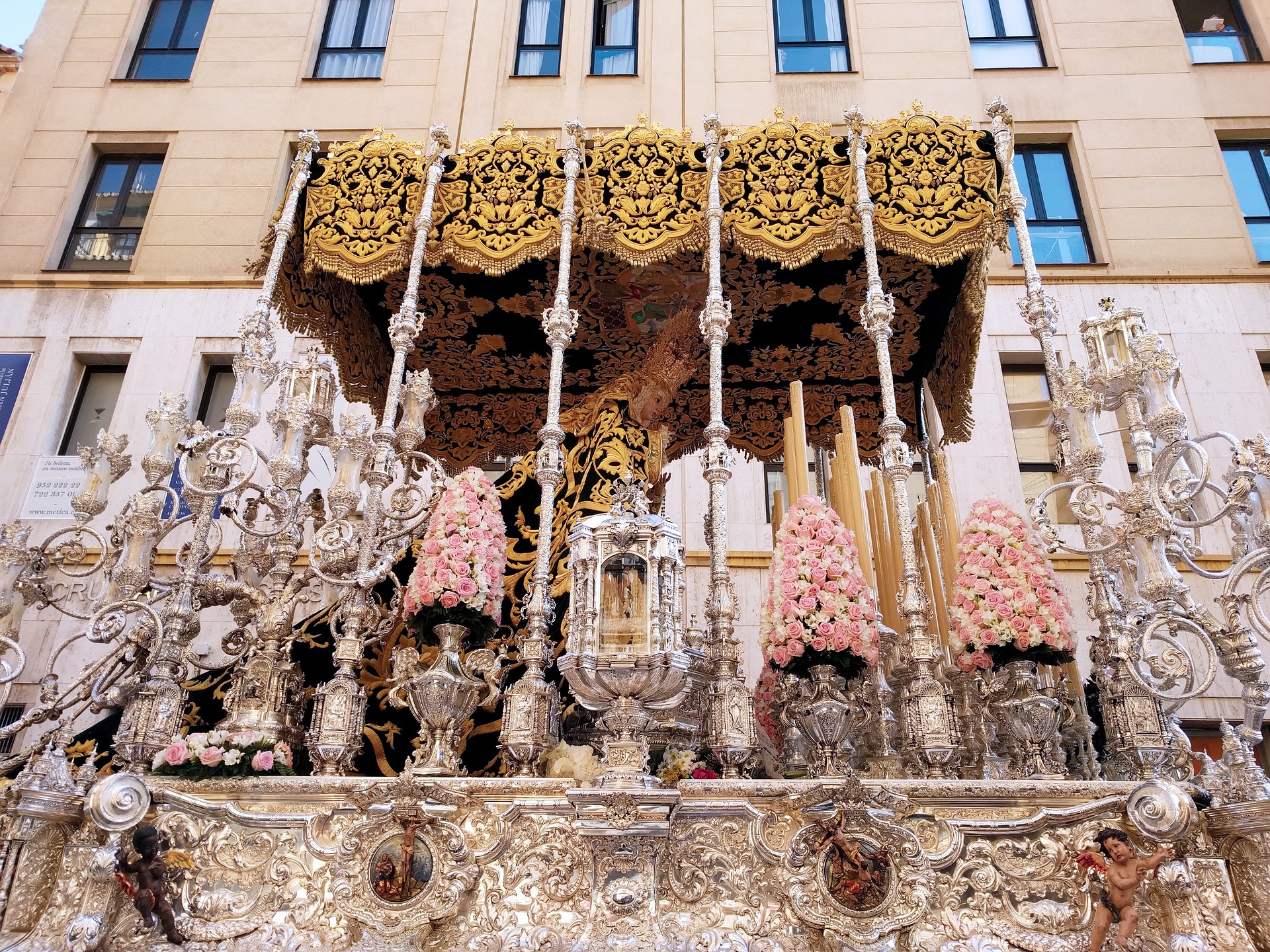 03 Apr The Holy Week in Spain

Posted at 17:07h in Destinations by Admin
0 Likes
Share

This Sunday it is the Palm Sunday, which commemorates Jesus‘ entry into Jerusalem and also the start of the Holy Week (Semana Santa). You might know that the Holy Week is the biggest religious celebration of the year in Spain but we are going to tell you a bit more about this special week and its main traditions.

What is the Holy Week and what are the main traditions?
Each year between March and April (dates vary from one year to the other) Spain celebrates the Holy Week, seven days leading up to Easter Sunday. During this week there are also two important days in Spain, the Holy Thursday and Good Friday. Semana Santa is the biggest religious celebration of the year in the country and people celebrate it day and night with processions in the streets representing scenes from the story of the Passion of Christ. Music is also an important part of Semana Santa and live bands playing religious music usually accompany processions.
You definitely have to come to Spain for this special week! Each celebration is unique and vary from city to city but the basic events remain the same. You will see the Nazarenos (Nazarenes), who wear a robe and a hood shaped like a cone; the pasos, huge floats which represent the story of the Passion of the Christ, going through the crowds; and the costaleros, members of the church´s brotherhood, who carry the pasos over their shoulders. 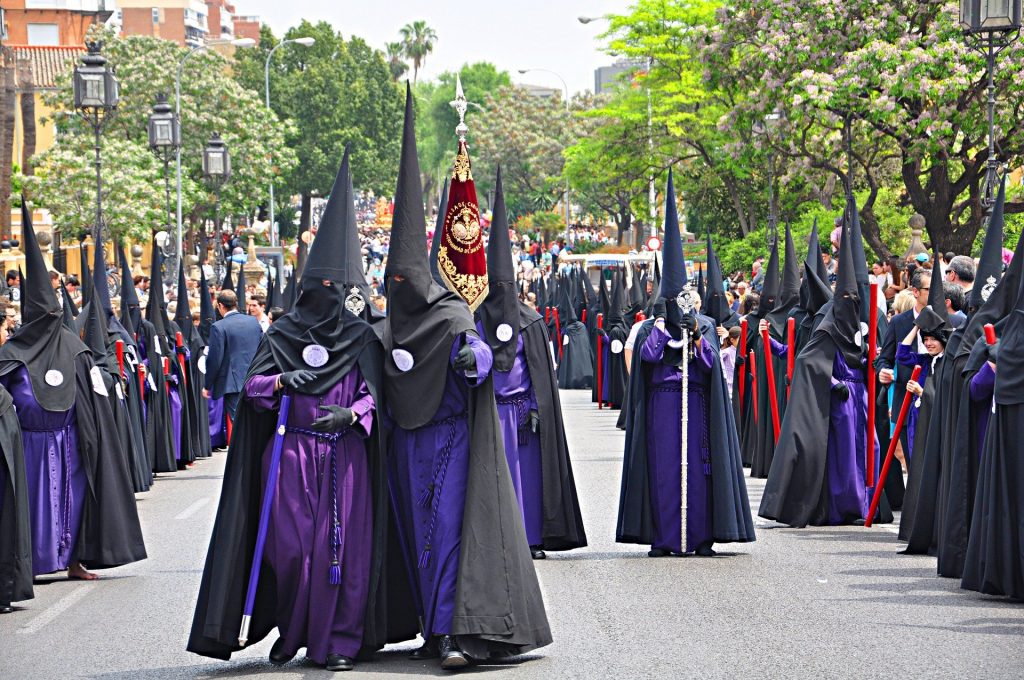 The Nazarenos by Luis Francisco Pizarro Ruiz in Pixabay 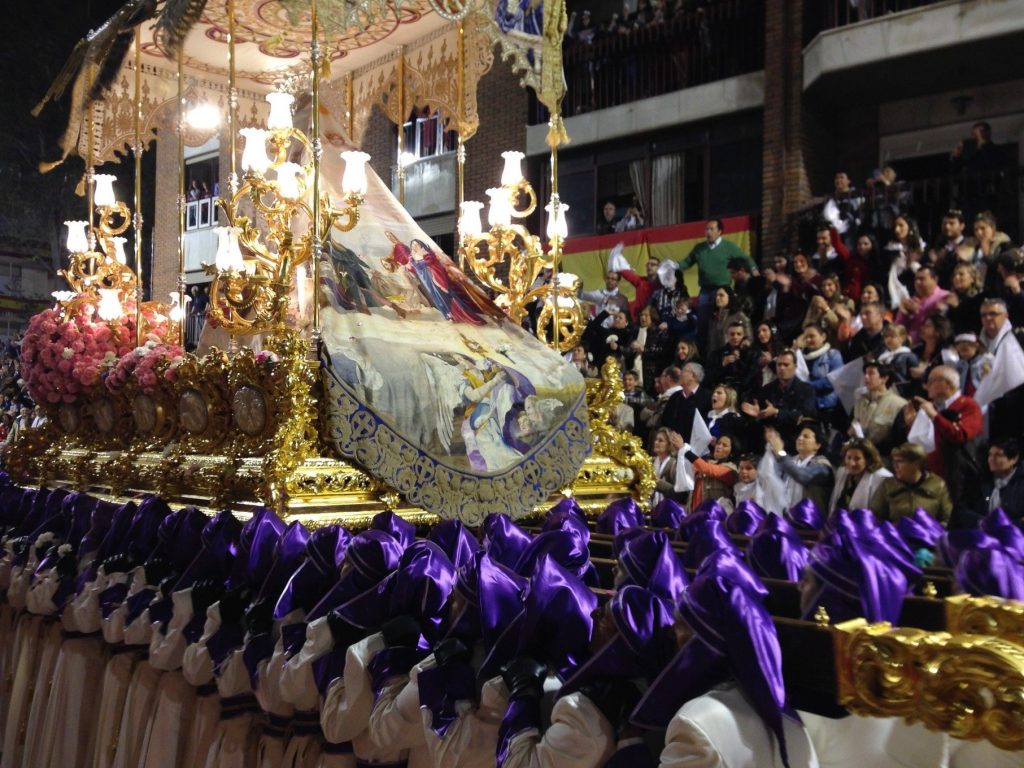 Costaleros holding a pasos by jacqueline macou in Pixabay

Due to their singularities, a few celebrations are really famous and have been declared of Interés Turístico Internacional (International Tourist Interest) such as the Holy Week of Malaga, the Holy Week of Salamanca, but the most famous is, without any doubt, the Holy Week of Seville, celebrated since the 16th century. Many people travel from all over the world to assist to this international event.

Why is the Holy Week of Seville the most famous and busiest in Spain?
It is the perfect example of how Spanish people are in this part of southern Spain, and therefore the most important week of the year. It all starts before Palm Sunday, with the start of Lent on Ash Wednesday, and for many Sevillians well before, since the previous year, when Easter ended…
For five centuries Seville has been socially structured around the 60 brotherhoods that participate in the Holy Week. This great week brings them together and the culmination of the entire spiritual and social process of Lent is the coming out to the street of the processions. For a week there is an explosion of the city in the street, which transforms itself, its agenda, forgets its problems, postpones its commitments, and dresses elegant and respectful because God has become a Man and comes to die in Seville.
It is difficult to explain the fusion that takes place between Nazarenos, costaleros, pasos, devotees, mere spectators, musicians, atmosphere in bars, crying, joy, happy and sad music bands, Saetas (a form of flamenco sing) from the balconies, children who use their first tunic and … foreigners who come and feel integrated from the first moment in that ordered tidal wave, with which they remain in love forever. Therefore, as a poet said: “In Seville, life is a week.”

The food tradition also remains and making torrijas (they look like French toast) is one of them! The torrijas are a typical Spanish Easter dessert made from bread soaked in milk with cinnamon. Would you like to make ones at home? The best ones still are the one made by the mothers but they will be delicious as well! Here comes the recipe: 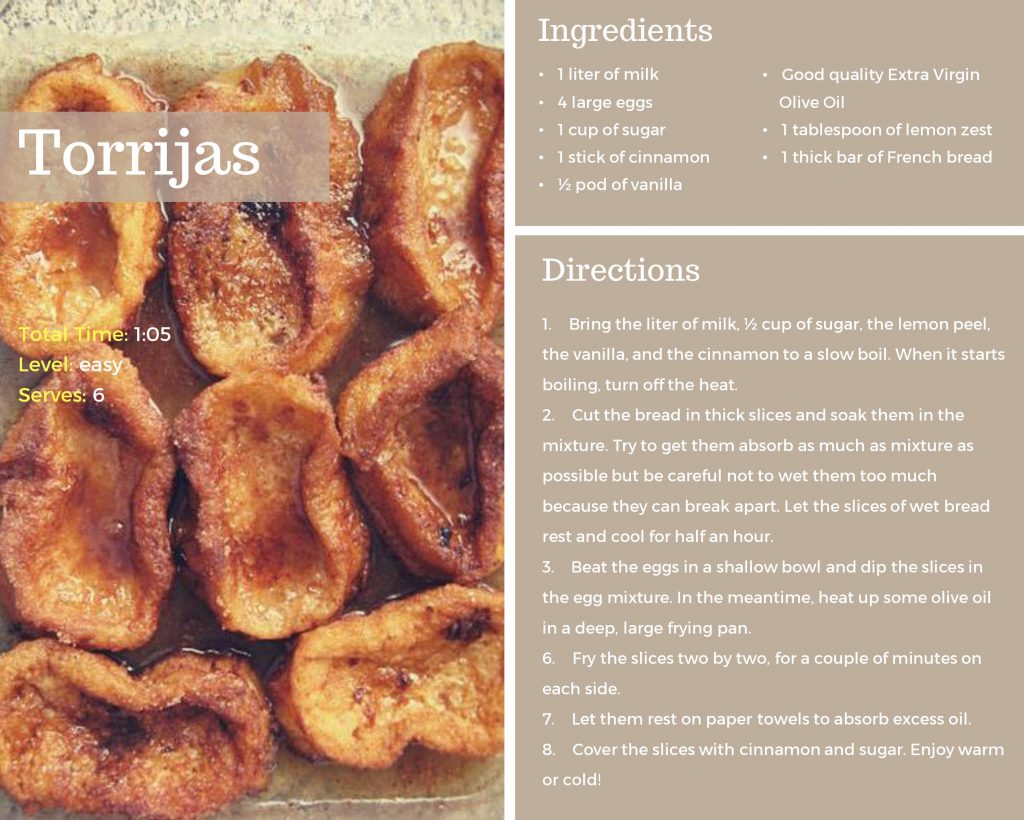 Unfortunately due to the COVID19, this year, the Holy Week has been canceled in Spain but you can enjoy it online (only in Spanish). The Seville Brotherhood Council (Consejo General de Hermandades y Cofradías de la cuidad de Sevilla) will develop actions in its official profiles on social networks. On Twitter, you could see a daily virtual estación de petinencia (the name of the processions during the Holy Week) from the Friday of Sorrows (3rd April) until Easter Sunday (12th April) at 8pm Spanish time, on the Good Friday (10th April) at 1:30pm and on Easter Sunday (12th April) at 11:00am. Through the YouTube channel and the Facebook page of the Council of the Brotherhoods, you can enjoy, from the Friday of Sorrows to Easter Sunday, scenes from the processions corresponding to each day. You can find all the information here!

PS: The first picture was taken by alejandrocuencac in Pixabay