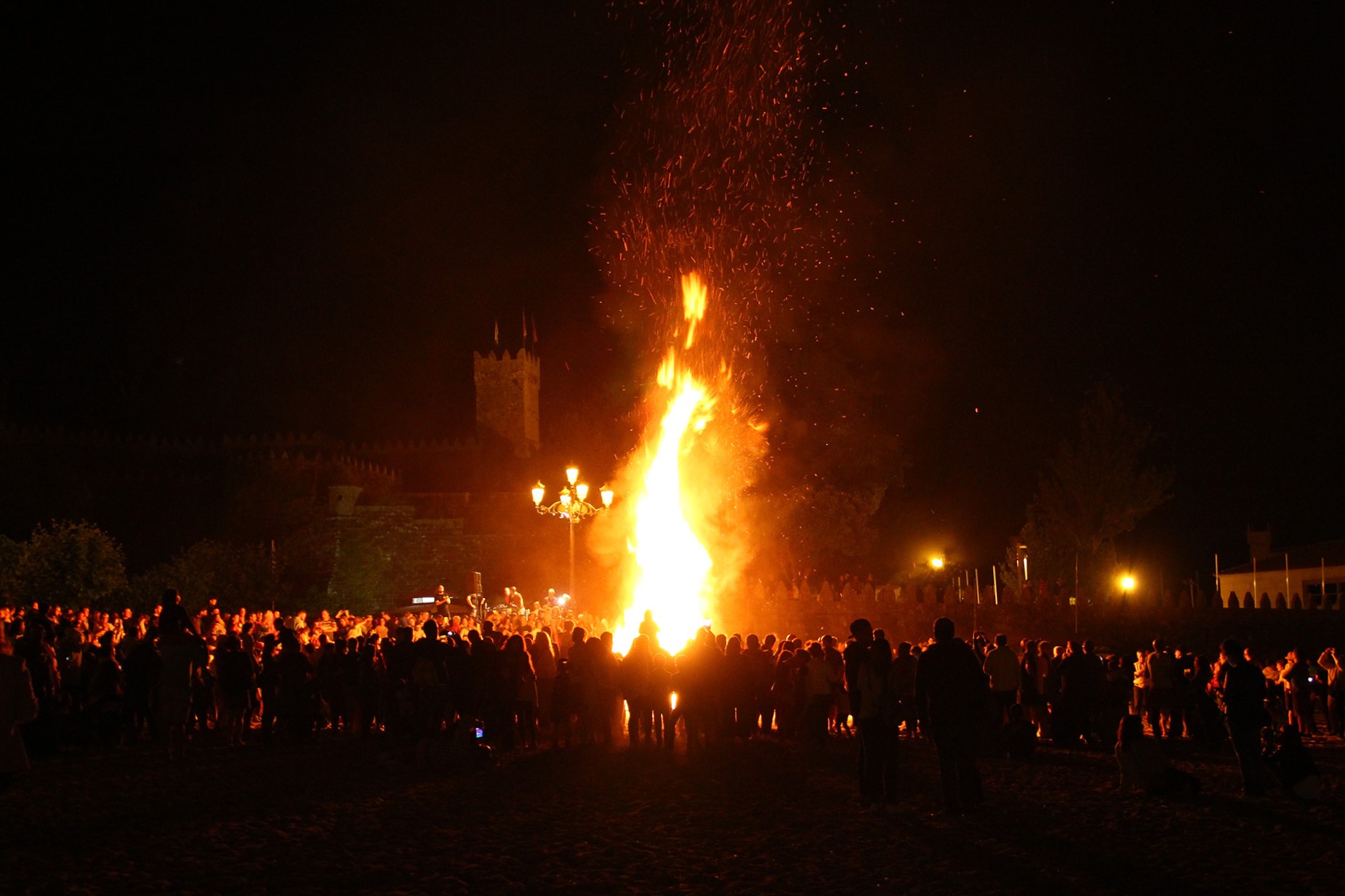 Posted at 17:46h in Culture, Festivities by Admin
0 Likes
Share

Every year during the night that unites the 23rd and the 24th of June, beaches and places of Spain and all over the world are crowded to celebrate the millennial tradition of La Noche de San Juan (Saint John´s Eve). This is one of the most magical night of the year, which happens two days after the summer solstice.

About the tradition
The origin of La Noche de San Juan is uncertain and has been evolving through the years. The holiday has a pagan origin, in which fire was lit to coincide with the summer solstice to purify and give strength to the sun with the aim of encouraging him so that he would not stop from going out.
Experts believe that fire, the most typical element associated with Saint John´s Eve celebration, has always been part of this special night. Some of them also claimed that 5000 years BC, the night coincided with the summer solstice on June 21. Indeed, in the northern hemisphere people already used to celebrate the actual Noche de San Juan with bonfires. 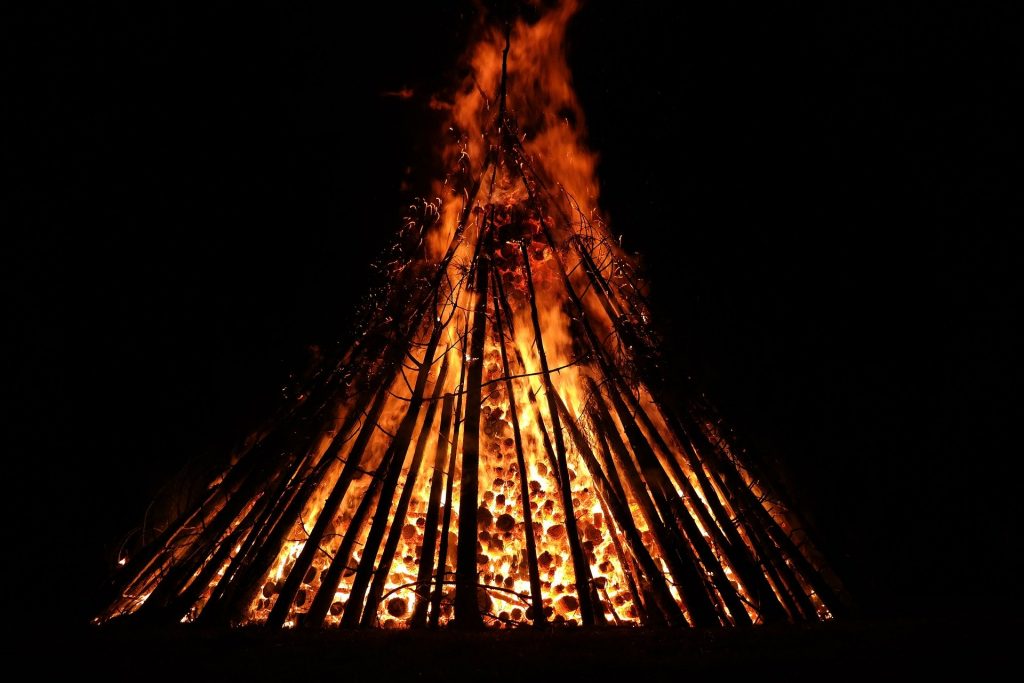 The arrival of the Christianism absorbed this tradition of pagan origin and turned it into the commemoration of the birth of San Juan Bautista (Saint John the Baptist) on June 24. According to the Christian culture, Zacarías sent to light a bonfire to announce the birth of his son Juan.
The celebration is the Christian adaptation of the pagan tradition of the summer solstice in the northern hemisphere, when after the longest day of the year, the day begin to shorten. However the summer solstice is the 21st and La Noche de San Juan takes place two days later.

What are the Spanish traditions?
La Noche de San Juan is one of the most special night of the year and is celebrated all over the country, especially in seaside locations. It is one of the first night after the summer starts. The good luck, the wishes and the superstitions are part of this night, such as making small bonfires on the beach. The rituals that take place aim to face the new stage of the year with the favor of luck.
One of the most famous traditions is to write down wishes on paper and then burning them. To attract good luck and ward off bad energy people also jump the bonfires or the waves with their back to the sea. Depending on the region, the number of jump can change. For instance, in Valencia people have to jump the bonfires seven times while in Galicia people have to do it nine times. Regarding the waves, the number of waves you have to jump also depend on the region. The tradition is to do it at midnight because it is the perfect moment to make a wish and make it come true. One of the other tradition is to go to the sea with your back towards, so that you will be protected all year.
If you live far away from the sea, you have clean up your face after midnight. It will bring you luck if you don’t look at yourself in a mirror after that. 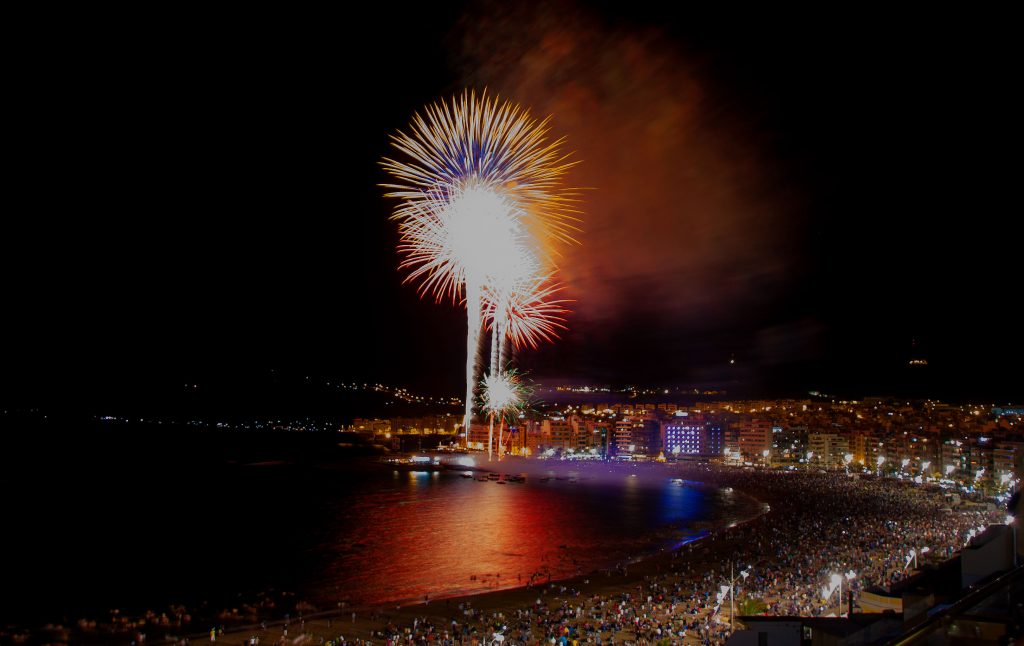 Each region and city have its own traditions. In many places in Spain, especially in the south, a rag doll is burned in the bonfires. In Cádiz they are called Juanillos and in Málaga Júas.
In Alicante, the bonfires of Saint John take place from June 20 to June 24, with the burning of thousands of monuments erected especially for the occasion.
In Menorca, this tradition has been celebrated since the 14th century in Ciudadela. The main protagonist of the celebrations is the horse and there is an equestrian show. The horsemen riders (or caixers), dressed in black and white, go on their horses through the streets of the town. After mass, the traditional racket (jaleo) is celebrated (not to be confused with the racket, sing and flamenco dance). During the jaleo, the caixers go through the crowd demonstrating their skills and jumping the horses to the rhythm of the typical songs of these celebrations.
In Catalonia and Valencia, special foods, such as Coca de Sant Joan (a cake), are also served on this occasion and pyrotechnic takes center stage.
In the north-western areas of Spain, in Asturias and Galicia but also in the town of Lanjarón (Granada), the celebration is also linked to water. For instance in Asturias, the night is named “Nueche de San Xuan”. At midnight, people bathe in the water of the fountains, rivers or beaches, believing that on that night, the fields, mountains, rivers, streams and fountains will be blessed and the water will bring them health and protect them from diseases.

Do not forget to write down your wishes tonight!

PS: Source of the cover picture