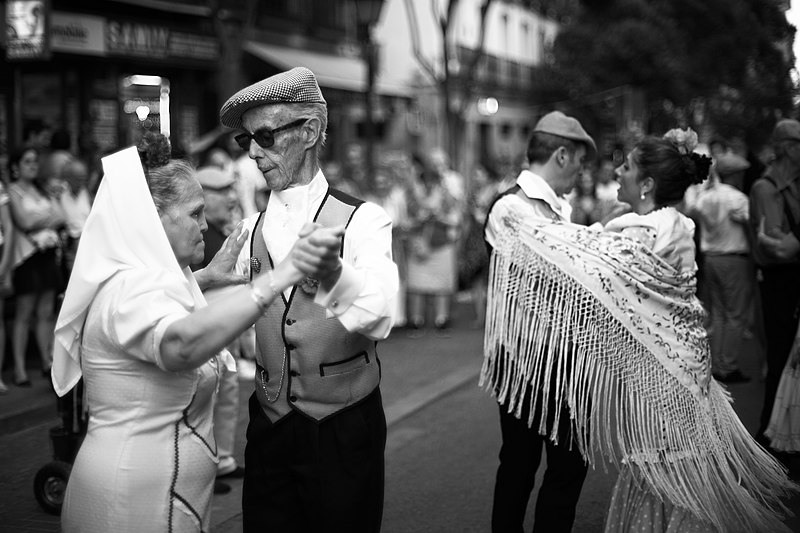 Posted at 14:57h in Destinations, Travel by Admin
0 Likes
Share

San Isidro Labrador (Isidore the Labourer) is patron saint of the city of Madrid, and we, Spanish people, celebrate his day with a big festivity: Las Fiestas de San Isidro! This is the opportunity to discover the typical Madrid. The festivities are held in Madrid every year on May 15th , and the days around the 15th. 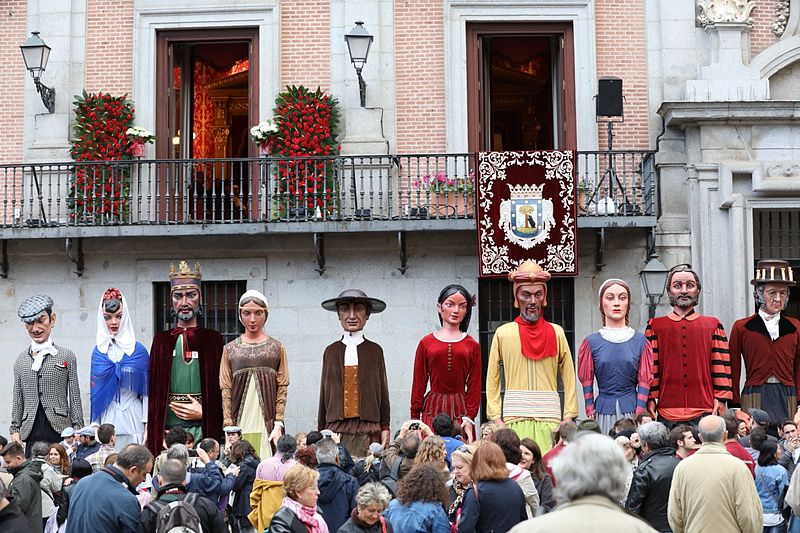 Who is San Isidro?
Born and died in Madrid, over one hundred miracles have been attributed to San Isidro. He is the saint patron of the world´s farmers and he had a unique relationship with water. Indeed, on one occasion, during a great drought, San Isidro struck rocks with a stick and a generous stream came out. Even today his image is taken out in a procession to call the rain when the drought is extreme.
The first celebration took place in 1620 for his beatification and his body was transported through the streets of the city in a procession.

What happens during Las Fiestas de San Isidro and where?
San Isidro is THE chance to discover a unique popular tradition in the capital. Many events, concerts, shows and activities for people of all ages are programmed throughout the weekend of the holiday and the city becomes a real party!

A few days before the 15th, a defile of giants and cabezudos, is organized. During this defile and during the rest of the festivities, you could see chulapos and chulapas (the names given to the inhabitants of the city dressed in the traditional costume of Madrid) dancing the chotis (a typical dance of the area) in the streets. 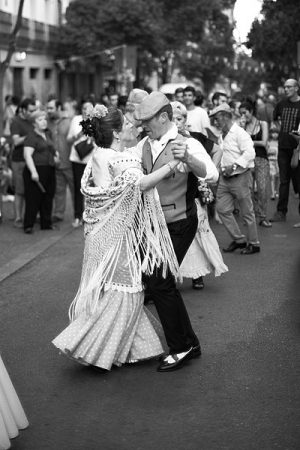 The emblematic places of Plaza Mayor, Las Vistillas and the Pradera (meadow) of San Isidro Park become the backdrop of many parades and concerts.
San Isidro´s Pradera is the most emblematic place and is crowded when it comes to celebrate San Isidro. People attend the romería outdoor celebration there, eat picnics with their beloved ones, enjoy the concerts and go to open-air dances! Food stalls with typical dishes of Madrid are also set up in the Park.
In the morning of the 15th, the genuine festivity is celebrated in the Pradera. People take part in a pilgrimage to the shrine of the Saint, and the tradition is that everyone has to drink water from the spring of the Ermita (Shrine) de San Isidro.
In Las Vistillas, near the Puente de Segovia bridge, among the best-known popular concerts are organized and Madrileños and visitors dance all night enjoying them. Other activities are also programmed in Plaza de Oriente or the Temple of Debod.

Food and beverage are also an important part of theses festivities. Madrileños used to drink limonada (made with wine, lemon, sugar and chopped fruit, usually apple), and eat rosquillas, a type of doughnuts, typical of these festivities, that come in different shapes and sizes: listas (“clever ones”, which are glazed), tontas (“silly ones”, without being coated), de Santa Clara (covered in dry meringue) or francesas (with almonds).

The festivities are also the opportunity to go to Las Ventas to attend the San Isidro bullfighting festival and see some of the biggest names in bullfighting. Bullfights in Madrid start on the festivity, and goes on till mid-june.

This year, festivities have been cancelled but Madrileños will celebrate San Isidro for sure from their balconies.

PS: The cover image was taken by Javier Pérez Montes