Today I Travel to Toledo

22 May Today I Travel to Toledo

As we are not able to travel yet (but hopefully we will be soon), we take you to another of our dream destination. #TodayITravelTo Toledo, in Castilla-La-Mancha, Spain.

Since 1986, Toledo is part of the list of World Heritage Site by the UNESCO due to its extensive monumental and cultural heritage. Toledo is synonym of history, gastronomy, culture, crafts and art. Get lost in its narrow streets, discover its amazing monuments and be amazed by the beauty of this city. 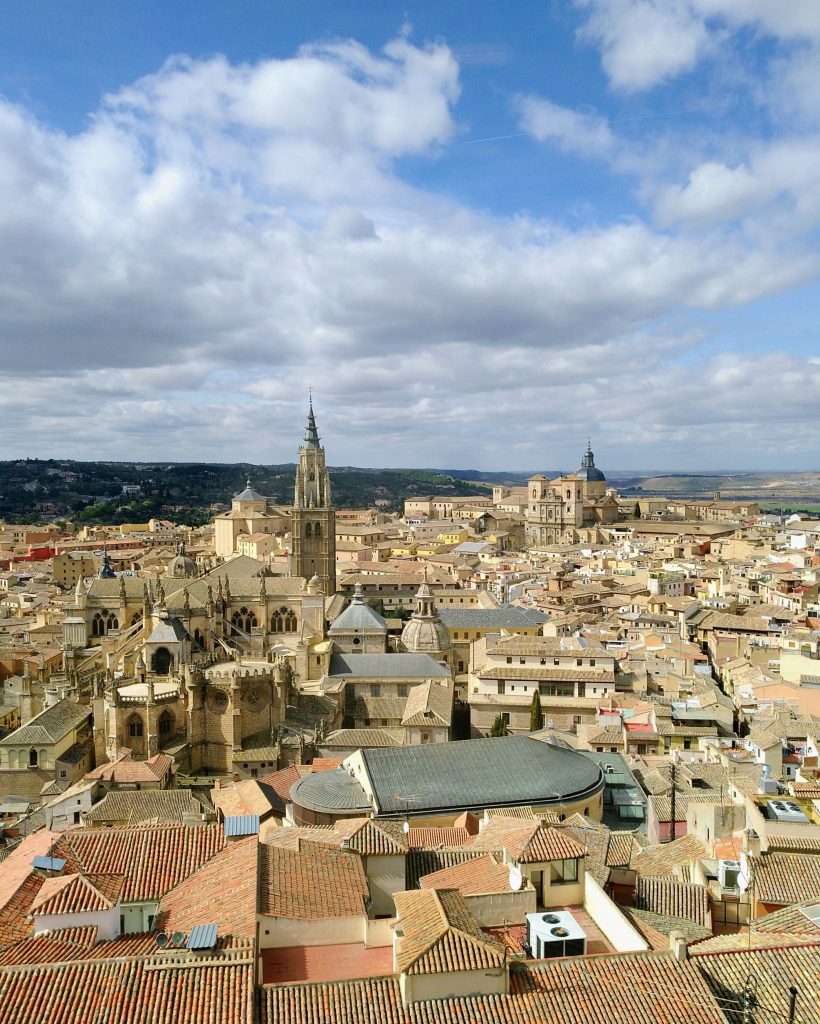 Toledo was once an important intellectual center in Europe, with schools of science, mathematics, theology as well as secretive schools of the occult and alchemy. It was also head of the Toledo School of Translators, a group of scholars who worked in the city during the 12th and 13th to translate philosophical and scientific works from Classical Arabic.

This important intellectual center also grew thanks to its textile, handicrafts and weapons industries and became one the main cities of Castile in the 16th century. Due to its importance, Toledo was once capital of Spain before it was moved to Madrid in 1561. It has also been capital of the ancient Visigothic Kingdom.

Toledo is known as the “City of the Three Cultures” because of its cultural influences of Christians, Muslims and Jews in its history. Indeed, it has been under Moorish rules, then conquered by the Castilians and called “the Jerusalem of Spain”, as it has been maybe the most important city for the Spanish Jews during the Middle Ages. The coexistence of these religions is reflected in the architecture with churches, synagogues and mosques, which make Toledo a really interesting city to visit and the evidence that coexistence is possible. 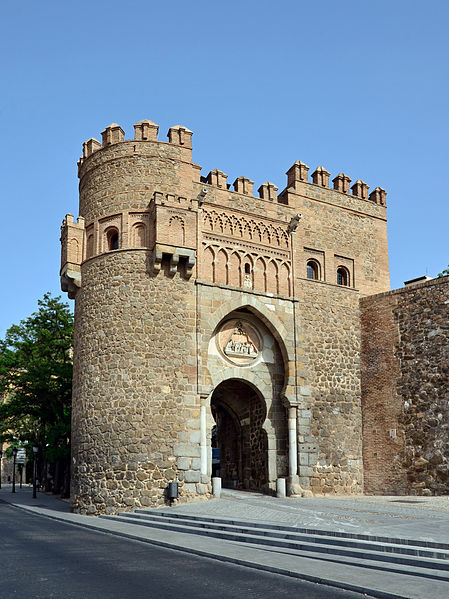 The old city is surrounded by walls made by several civilizations that inhabited Toledo. The walls are of Roman origin but the Visigoth, and then the Arabs, renewed them. To enter into the old city, you can pass through numerous doors such as Puerta del Sol.

If you enter the city through Puerta del Sol, start visiting the Mezquita Cristo de la Luz, a small mosque, not as well restored as the synagogue, but it testifies the city’s long age of Muslim rules. It is the oldest building in Toledo, dating back to the 10th century.

This picture was taken by Selbymay 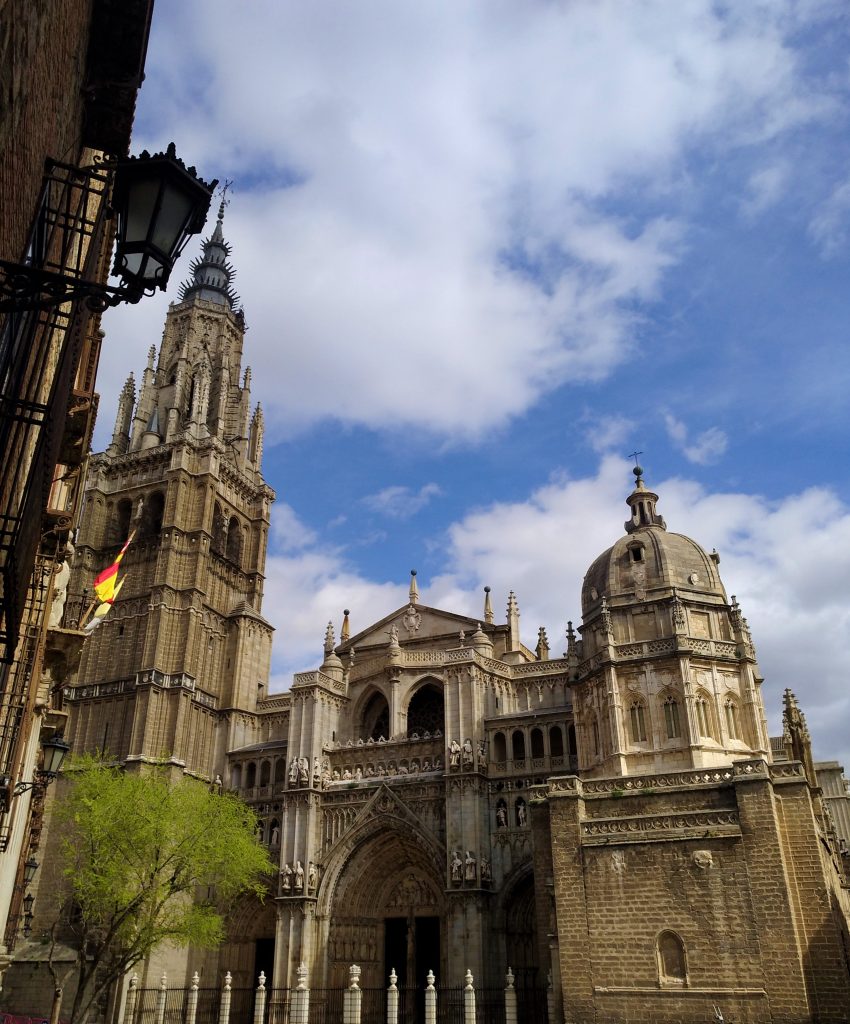 Continue your day in the historic center of Toledo.
Visit the Gothic Cathedral where you could admire paintings by El Greco, Van Dyck and Goya in its sacristy.
There is also an impressive collection of mediaeval garments and textiles.
With its 22 chapels and various outbuildings, the Cathedral of Toledo is one of the most original cathedrals of all those which were erected during the Gothic period in Spain.


Then, head to the Jewish Quarter, get lost in its narrow streets and visit the synagogue of Santa María la Blanca, designed and constructed by the Moorish in the 12th century. You will be impressed by its white columns reaching up into horseshoe arches. This synagogue is the oldest in the city. 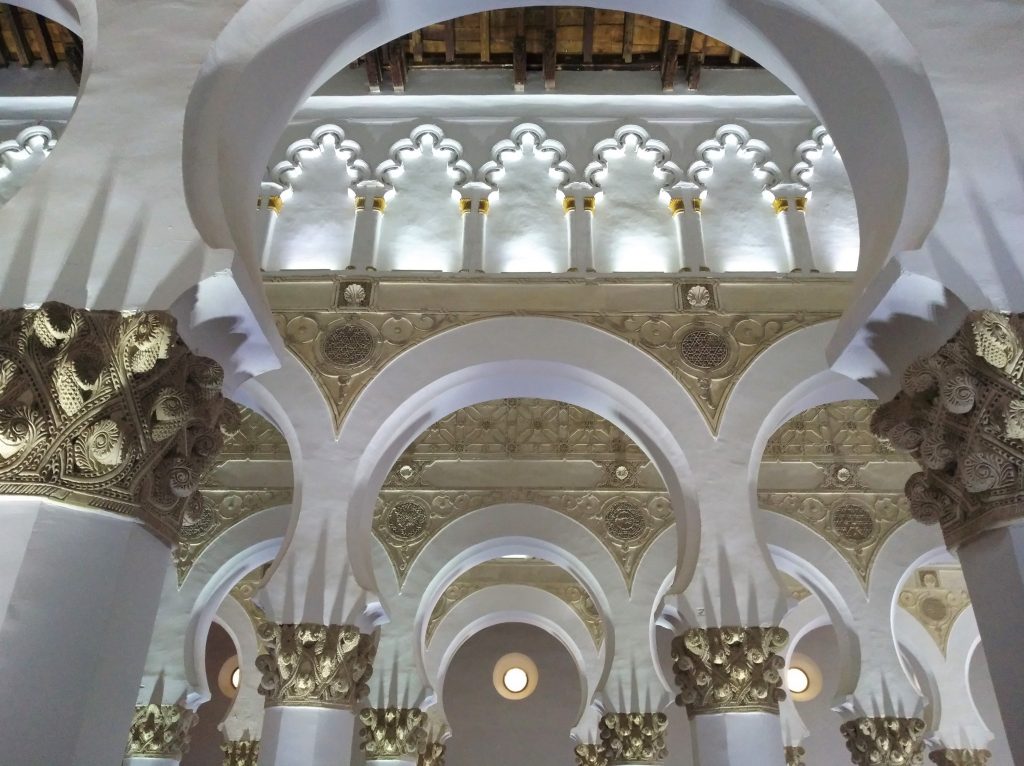 If you feel like seeing another synagogue, you should visit El Tránsito, a 14th century synagogue with a Mudéjar interior. Nowadays it houses the Museo Sefardí, devoted to the history and legacy of the Jewish in Spain.

To lunch, head to the Restaurante Alfileritos, located in the historic quarter of the city (Calle de Alfileritos, 24). You will be impressed by its decoration around a typical old patio with a modern touch.
You should try one of the city´s culinary specialty such as el paté de perdiz (partridge pâté), el arroz a la toledana (rice with a variety of ingredients such as chicken, conger eel, squid, mushrooms and lard) and el mazapán, the typical desert of Toledo, made with sugar, almonds and eggs .

After lunch, head to the El Greco Museum, where you could discover an extensive collection of the former Toledo resident´s paintings.
It you want to see another masterpieces of El Greco, head to the Church of Santo Tomé, where you will see the Burial of the Count of Orgaz. The church of Santo Tomé is one of the most important Mudéjar churches of the city together with the one of Santiago del arrabal and the church of San Vicente.

Late this afternoon, go to Puente San Martín, to enjoy the view of the city over the Río Tajo (Tagus), the longest river in the Iberian Peninsula. Its source (The Fuente de García) is located in Spain, it passes through cities such as Toledo and it empties into the Atlantic Ocean near Lisbon. 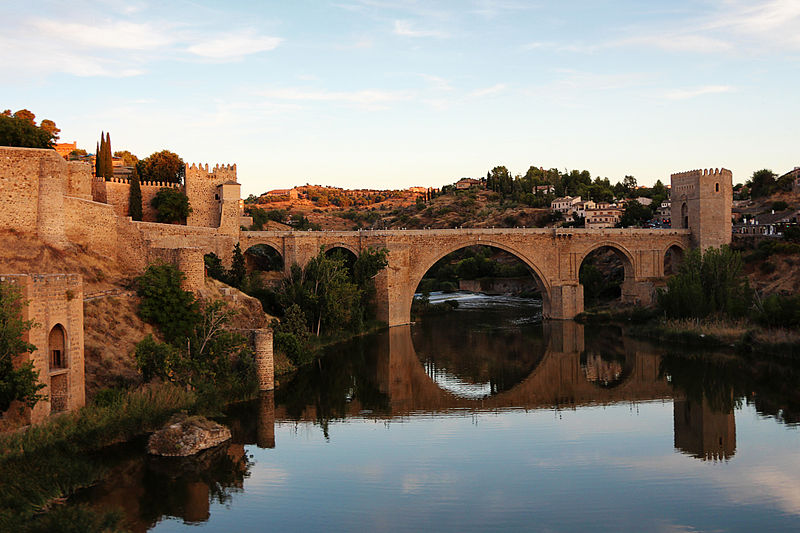 This picture was taken by Rafesmar

At the end of the day you can also head to the panoramic views of Mirador del Valle and watch the sunset falling over the city. A beautiful experience to live! 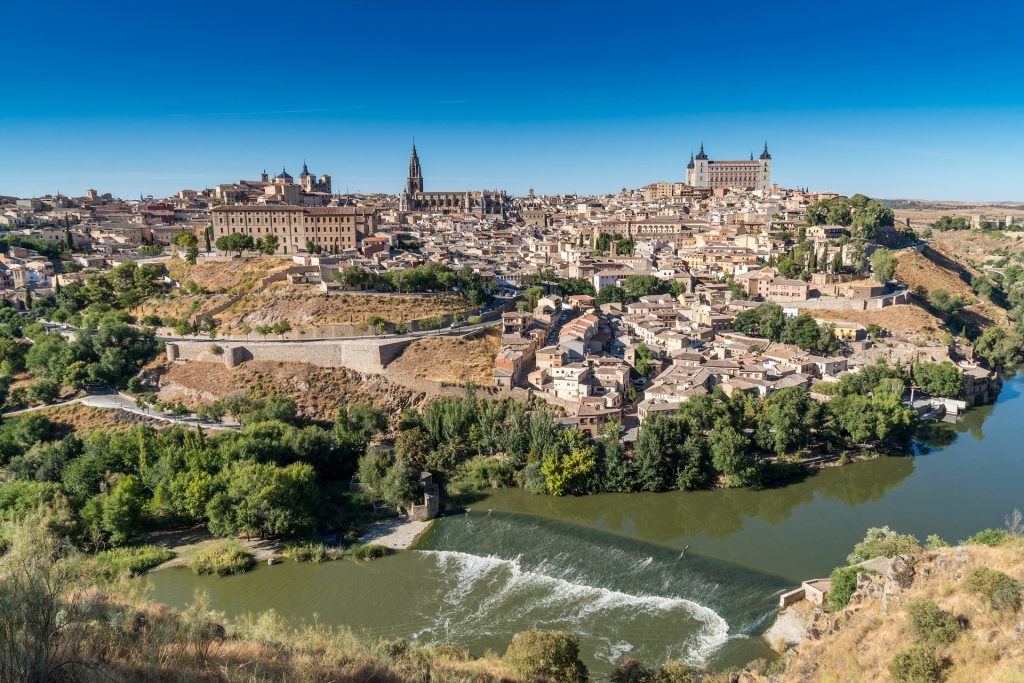 This picture was taken by Steven Yu en Pixabay

If you have more time:
Toledo is full of surprises and one of them opened in August 2019, The Puy du Fou Park (the Park will be finished in 2021). Puy du Fou is a new generation of parks that originated in France and that showcases History via spectacular and moving shows.
You could enjoy a visit to the Puy du Fou, a world of 30 hectares where you will be able to travel back through 1500 years of Spanish History. With your family or friends, attend big shows and discover three period villages (mediaeval Castilian village, Moorish encampment and craftsmen´s village) amongst many other things, thanks to 200 actors and spectacular special effects.
History comes back to life in this amazing show that you have never seen before, El Sueño de Toledo, one of the biggest shows in Spain. An unforgettable experience and a unique feeling!

PS: The cover image is from Pixabay