TODAY I TRAVEL TO CÓRDOBA 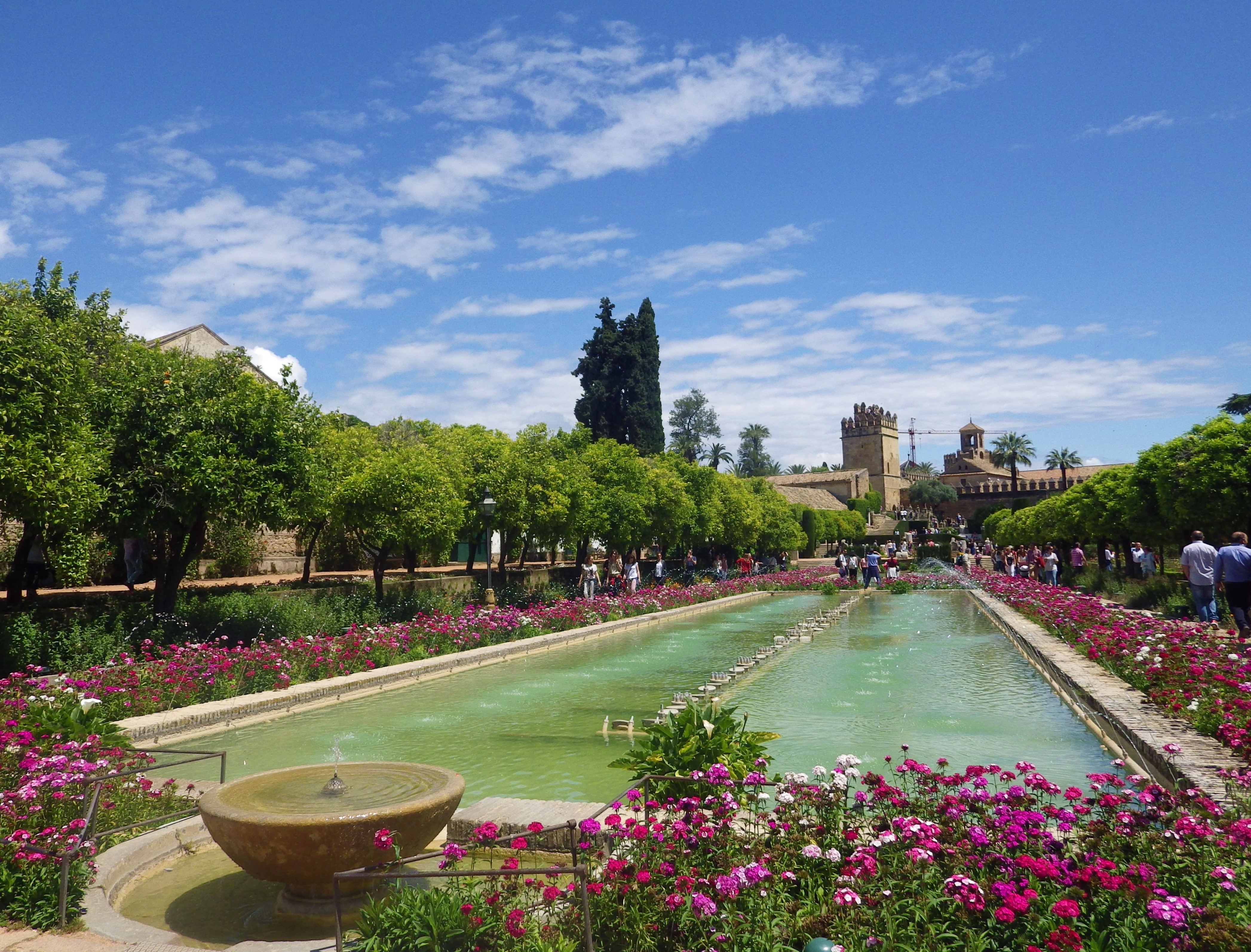 22 Apr TODAY I TRAVEL TO CÓRDOBA

Posted at 10:58h in Destinations, Travel by Admin
0 Likes
Share

As we still have to stay at home for a few more weeks, we take you to your dream destination. #TodayITravelTo Córdoba, in Andalusia, Spain.

Córdoba is the third largest city in Andalusia after Seville and Málaga. It offers an impressive cultural and monumental patrimony.

Thanks to its location near the River Guadalquivir, Córdoba used to be an important mining and commercial centre back in the 8th and 9th century B.C. Its communication with the other cities facilitated the spread of artistic and commercial products.

Córdoba was conquered by the Romans, taken over by the Visigoths and followed by the Muslim conquest. In 756, and until 1236, Córdoba was capital of the independent Emirate of Al-Andalus (the name given by the Muslims during the Middle Ages to the Iberian Peninsula). During this Muslim period, the city became a world-leading centre of education. Córdoba was a city of half a million people, with thousands of mosques and the first streetlights in Europe. Students and merchants flocked there from all over Europe, Africa and even Asia. Later on, in 1236, the city was resettled with Christians and Al-Andalus empire fell.

Today Córdoba is well-known, among other things, for its architecture. The Mosque-Cathedral and the streets and buildings around it (the historical quarter), the Medina Azahara and the Festival of the Patios (courtyards) are part of the World Heritage list of the UNESCO (The United Nations Educational, Scientific and Cultural organization).

What to do:
Start your day at the heart of Córdoba, at the Mezquita-Catedral (the Mosque-Cathedral or Grand Mosque) whose ecclesiastical name is the Cathedral of Our Lady of the Assumption. Dating from 785, it is one of the world´s best-known pieces of religious architecture. With a Catholic cathedral inside the mosque, this architectural ensemble sums up the identity of the city and the complexity of its history. Its marble columns and elegant arches will amaze you. 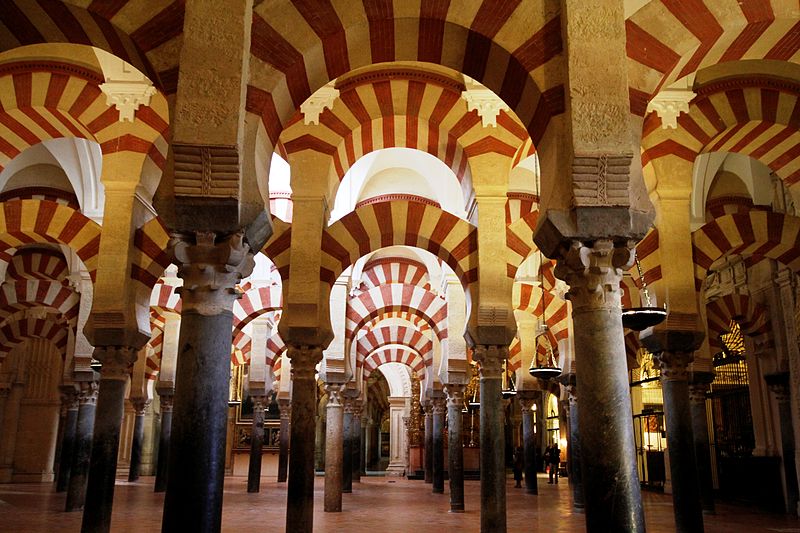 Continue visiting the historic centre of Córdoba, part of the UNESCO World Heritage Site list. It is one of the largest medieval quarters in Europe. The Jewish quarter is a fascinating network of narrow streets.
You could see the Sinagoga (Synagogue) in Calle Judíos. Built between the years 1314 and 1315, it is one of the three best-preserved medieval synagogues in the whole country. The Hebrew inscriptions, originally painted in red on a blue background, come from the Psalms. The surrounding Mudéjar decorations represent the time-period when Jews, Christians and Muslims coexisted in peace in Spain.
Nearby you will see the statue of Maimónides, a Jewish philosopher and astronomer born in Córdoba. This statue was erected by the city to honour its native son.

You might know that Córdoba hosts the Festival of the Courtyards (Patios) and that the patios are part of the World Heritage Site list. Every year in the first half of May, all the participants open up their courtyards so that the public can visit them. If you don´t have the opportunity to be in Córdoba in May, do not worry, there are different options to visit the patios during the rest of the year. Head to the Viana Palace (Palacio de Viana), surrounded by twelve splendid patios and a garden. In the Palace, you could also observe some paintings, mosaic, tapestries collections and more! 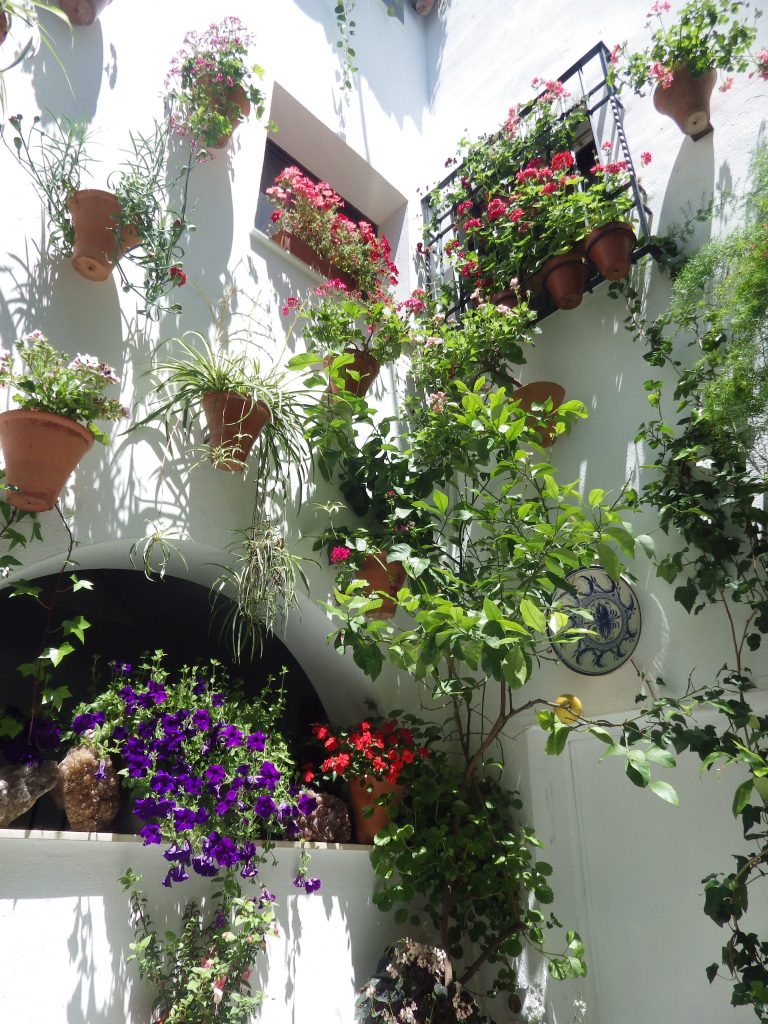 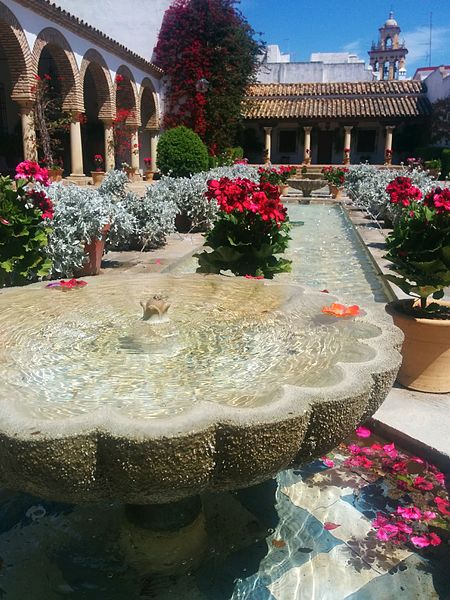 Head to the restaurant Bodegas Campos located near the Viana Palace, to enjoy a delicious lunch. This atmospheric warren of rooms and patios is popular with smartly dressed cordobeses. The cuisine is based on the traditional Andalusian cuisine and a slight creative twist. Bodegas Campos is also dedicated, since its foundation in 1908,  to the aging of fine wines from Montilla-Moriles.

This afternoon head to the Alcázar de los Reyes Cristianos (Alcázar of the Christian Monarchs), declared Bien de Interés Cultural (Cultural Interest Heritage) in 1931. This ancient fortress and palace is the perfect illustration of the development of Córdoba through the ages. Roman and Visigoth ruins lie side by side with Arabic remains. This architectural ensemble, which served as residence for the different rulers of the city, has a splendid interior and magnificent gardens and courtyards from Mudéjar inspiration. 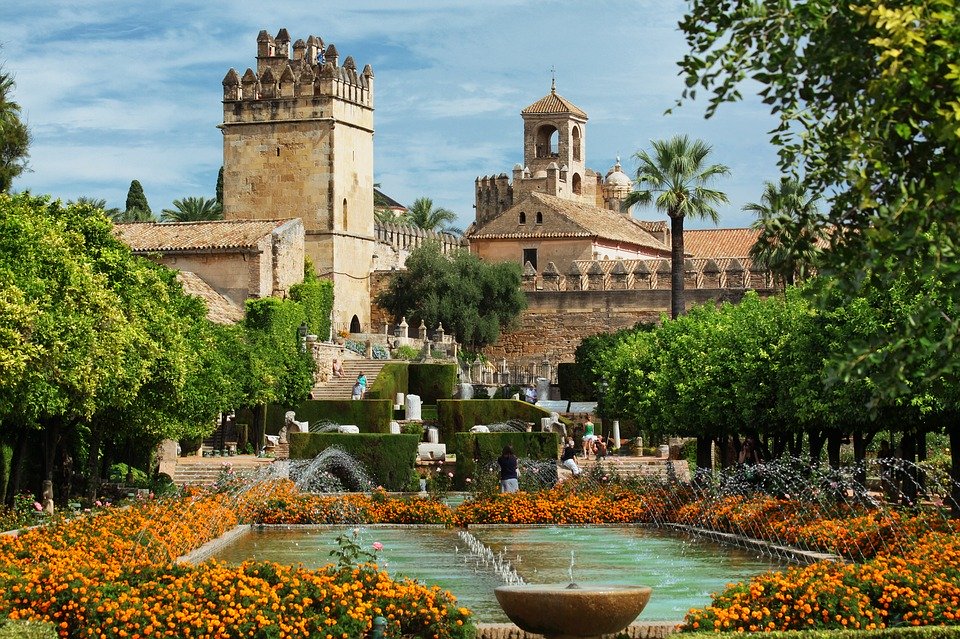 Late this afternoon, head to the Puente Romano part of the historic centre of the city. Since its construction by the Romans in the early 1st century B.C, this bridge has been restored and renovated several times. Enjoy the beautiful views of Córdoba! 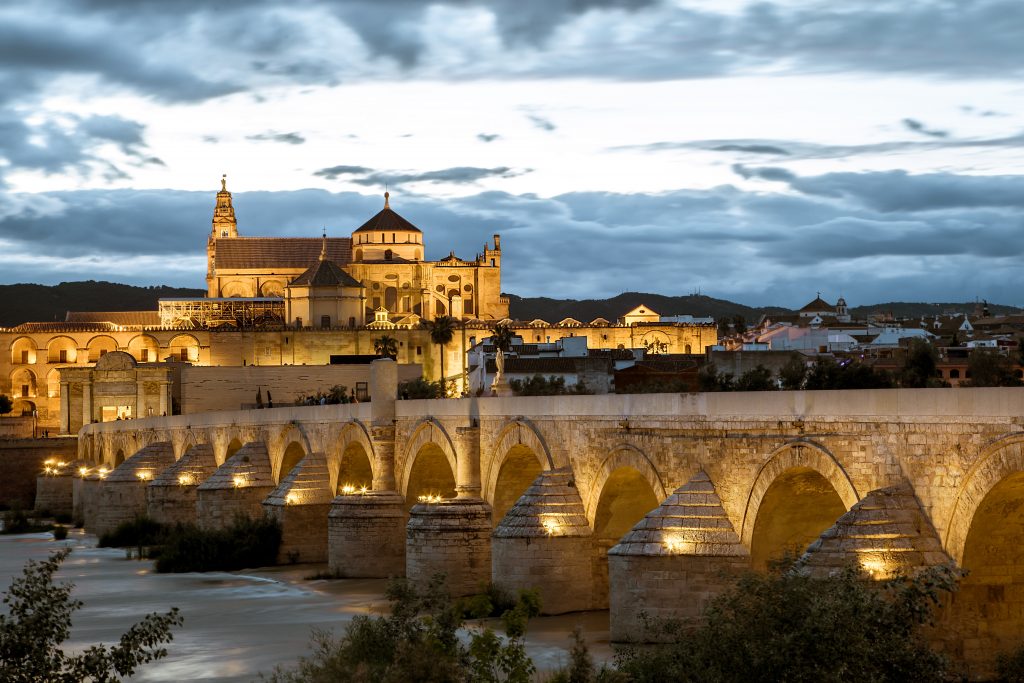 If you feel a night show and you are horse passionate, you can also enjoy a Spanish horse show at the Caballerizas Reales, next to the Alcázar. Where you can marvel with the high school dressage and the Spanish traditional costumes. Every Wednesday, Thursday, Friday and Saturday, attend the “Pasión y Duende del Caballo Andaluz” horse show which connects the city to its horse tradition.

Where to stay:
Stay at the Palacio del Bailio (5*), located in the historic centre of the city, in a 16th century Palace which has been declared Monument of Historical Interest. Enjoy its lovely outdoor patio and pool!

How to get to Cordoba:
The city is well connected by train and by road. The high-speed train (AVE) connects Córdoba to Seville, Málaga, Granada, Madrid, Valencia, Alicante and Barcelona.
Regarding the access by road, Córdoba is well connected with the rest of Andalusia (one hour from Seville, one and a half hour from Málaga) and the rest of country (three a half hours from Madrid).

If you want to get to Córdoba by plane, the nearest airports are the airports of Seville and Málaga. Córdoba does have an airport but for now, it is especially reserved to commercial planes.