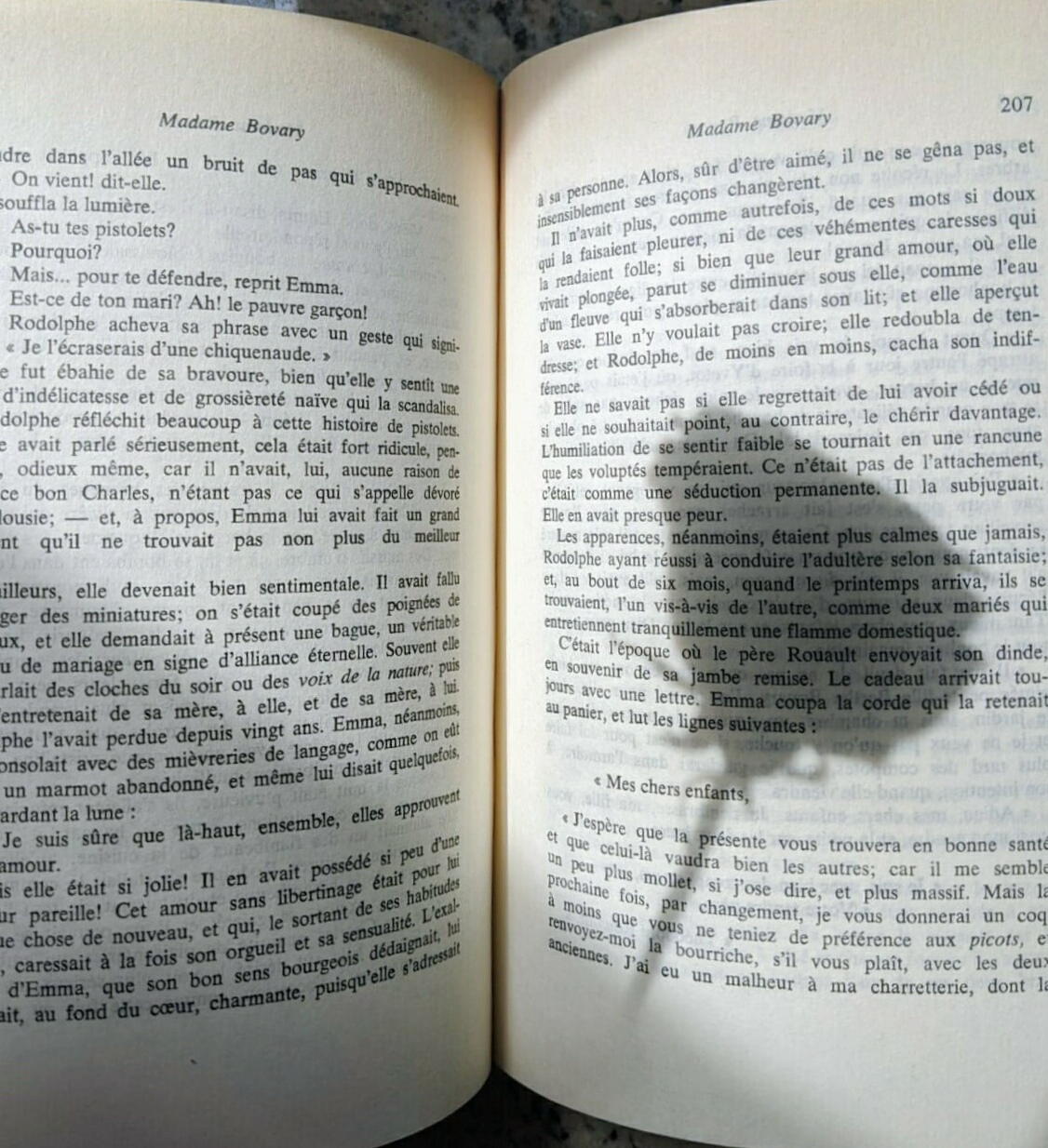 Posted at 16:19h in Culture by Admin
0 Likes
Share

These weeks, more than ever, we have time to read. To me, words and books are very powerful. Reading a book allows you to open your mind, travel while you are seating wherever you are and explore your imagination.

Why is the World Book Day celebrated on the 23rd of April and what is it? 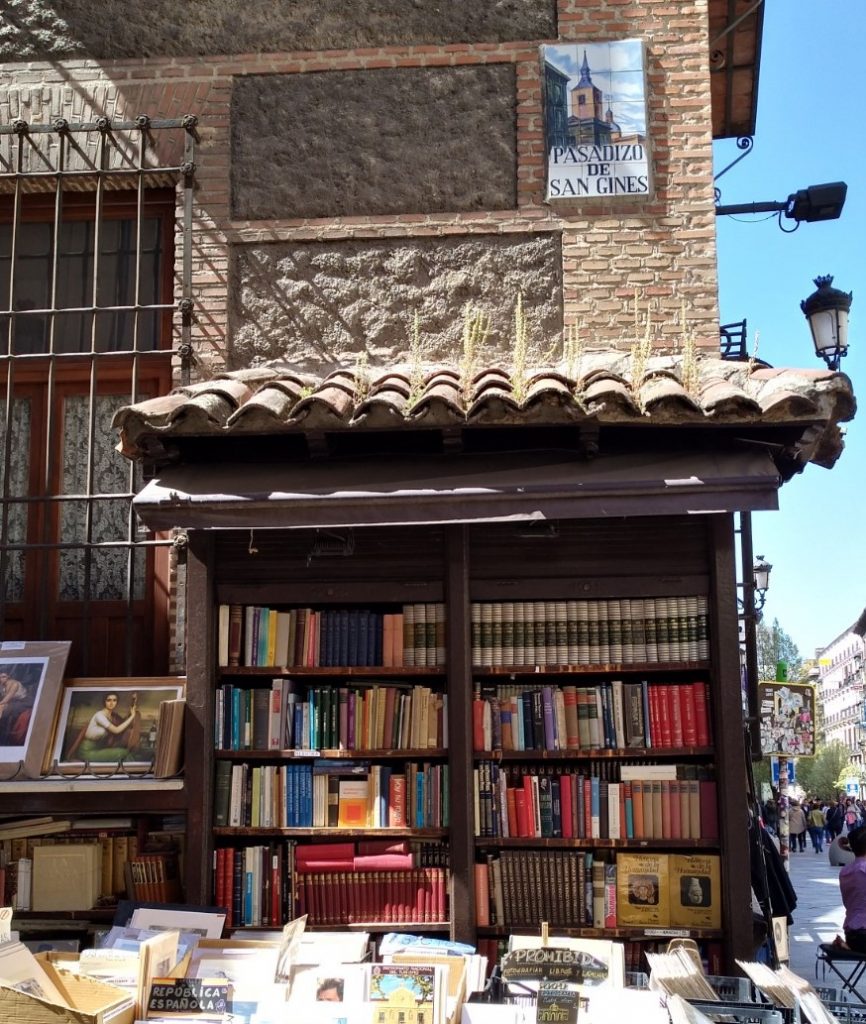 It is not a casual day. Indeed, the original idea, the idea of a Valencian writer, Vicent Clavel Andrés, was to honour Miguel de Cervantes´ death, which happened on the 23rd of April 1616. This is also the exact same day that William Shakespeare and Inca Garcilaso de la Vega died and the date of birth of other authors such as Vladimir Nabokov or Maurice Druon.
(Actually neither Cervantes nor Shakespeare died this day: Cervantes died on the 22nd and was buried on the 23rd; Shakespeare died on 23rd but on the Julian calendar, which corresponds to May 3rd on the Gregorian calendar.)

Some countries also celebrate the World Book Day on a different date. For instance, the United Kingdom and Ireland held a charity event on the first Thursday of March. It also coincides with the release of special editions.

Since 2000, another initiative has been developed: the World Book Capital City. Each year a city is chosen to celebrate this day creating its own initiatives. This year the city chosen was Kuala Lumpur but due to the current situation with the COVID-19, the events have been cancelled.

Here in Spain, the 23rd of April is also the day of Sant Jordi or St. George, the patron of Catalonia since 1456. This tradition is part of the Catalan culture and is an important festive day there and is also celebrated in several regions of Spain such as the region of Aragon.

What is the Diada de Sant Jordi (St. George´s day)? 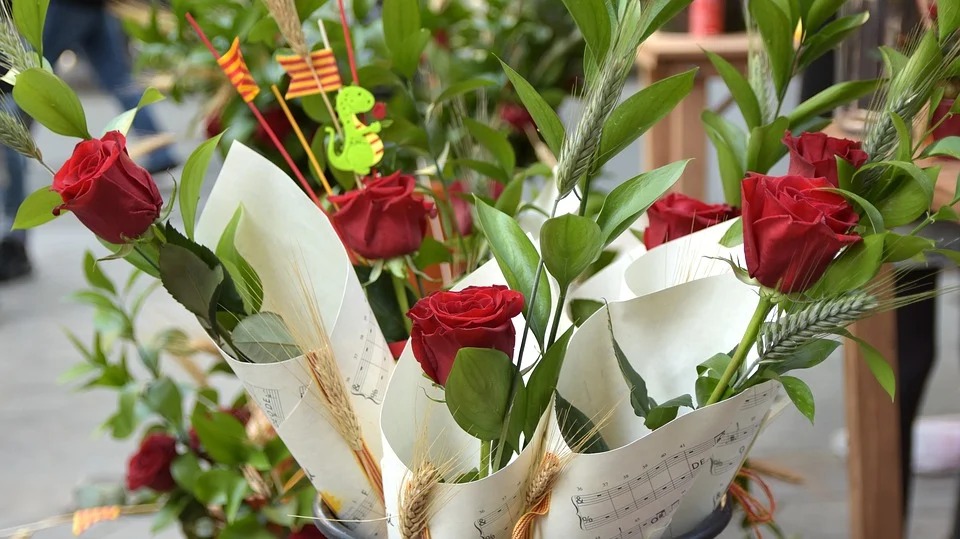 At first, on the 23rd of April, men had to give women roses and women had to give men books, but today the rules have change and the tradition is to offer a book or a rose to another person you love: sweethearts, friends, colleagues,…

This celebration is important in all Catalonia, and especially in Barcelona, where the streets of the city are crowded with people and stalls selling books and roses. The Catalonian flag is deployed all over the balconies.
That day, La Rambla is the centre of the activity but you could find books and roses in other places such as the Plaça Sant Jaume. The city is like a giant bookstore and florist; many bookstores and coffee shops organize readings. For this special occasion, the Palau de la Generalitat is open to the public and is decorated with roses all over the place.

The origins of this tradition are a mixture of different traditions at different time periods.
First it coincides with the fact that Sant Jordi was martyred and decapitated because he refused to obey a command to persecute Christians. Admired, his cult spread throughout the Catalan Lands in the Middle Ages and he became the patron saint of Catalonia in 1456.
Secondly the Diada de Sant Jordi finds its origins in the famous legend of Sant Jordi and the dragon. A dragon was attacking a Kingdom and Sant Jordi defeated him. By going through the dragon with his sword, beautiful red roses came up of the dragon´s body, and Sant Jordi gave one to the princess.
Roses have been associated with this day since medieval time, when a rose was given to women who assisted the official Mass in the Sant Jordi Chapel (in the Palau de la Generalitat of Catalonia) on the 23rd of April.
Regarding the giving of books, the tradition is more recent. It began in 1923 when Vicent Clavel Andrés started to promote this day to commemorate the deaths of Miguel de Cervantes and William Shakespeare. Then, in 1926, the King Alfonso XIII declared the 7th of October as the Fiesta del Libro Español (Spanish Book Day), because at that time, people thought that Cervantes was born this day. In 1929 during the International Exposition of Barcelona, the bookstores placed stalls in the streets and everyone enjoyed it really much! After such a success, in 1930 the Day Book was changed to the 23rd of April as Day Book of Catalonia in honour of Cervantes.

To celebrate this special day, here are a few recommendations of books you can read:
– Tell me who I am, Julia Navarro. A journalist receives a proposal to investigate the eventful life of his great-grandmother. The only thing we know about her is that she fled Spain, abandoning her husband and child, shortly before the Civil War broke out.

– Captain Alatriste, Arturo Pérez Reverte. Captain Alatriste is the story of a fictional seventeenth-century Spanish soldier who, after being wounded in battle during the Thirty Years’ War, is forced to retire from the army. Now he lives the comparatively tame life of a swordsman-for-hire in Madrid.

– For Whom The Bell Tolls, Ernest Hemingway. Talking about the Spanish Civil War of the 1930s, this novel follows Robert Jordan, an American fighting for the leftist Republicans against the Fascist Nationalists. His goal is to blow up a bridge and, along the way, he finds love with Maria.

– Shadow of a Bull, Maia Wojciechowska. To understand the world of bullfighting presented through the eyes of a boy, son of the most famous buillfigher, and presented as an internal growing conflict. Beautifully written.

– The Shadow of the Wind, Carlos Ruiz Zafón. The story is set in the first half of the 20th century in Barcelona, when it was at the epicentre of Europe’s turbulent modern history. This is the first novel of the series: The Cemetery of Forgotten Books.

– Hot Milk, Deborah Levy. Perfect for Andalucía lovers. It sees a young woman and her ailing mother journey to Almería to seek out an unconventional treatment for her mother’s unusual ailments.