TODAY I TRAVEL TO BARCELONA 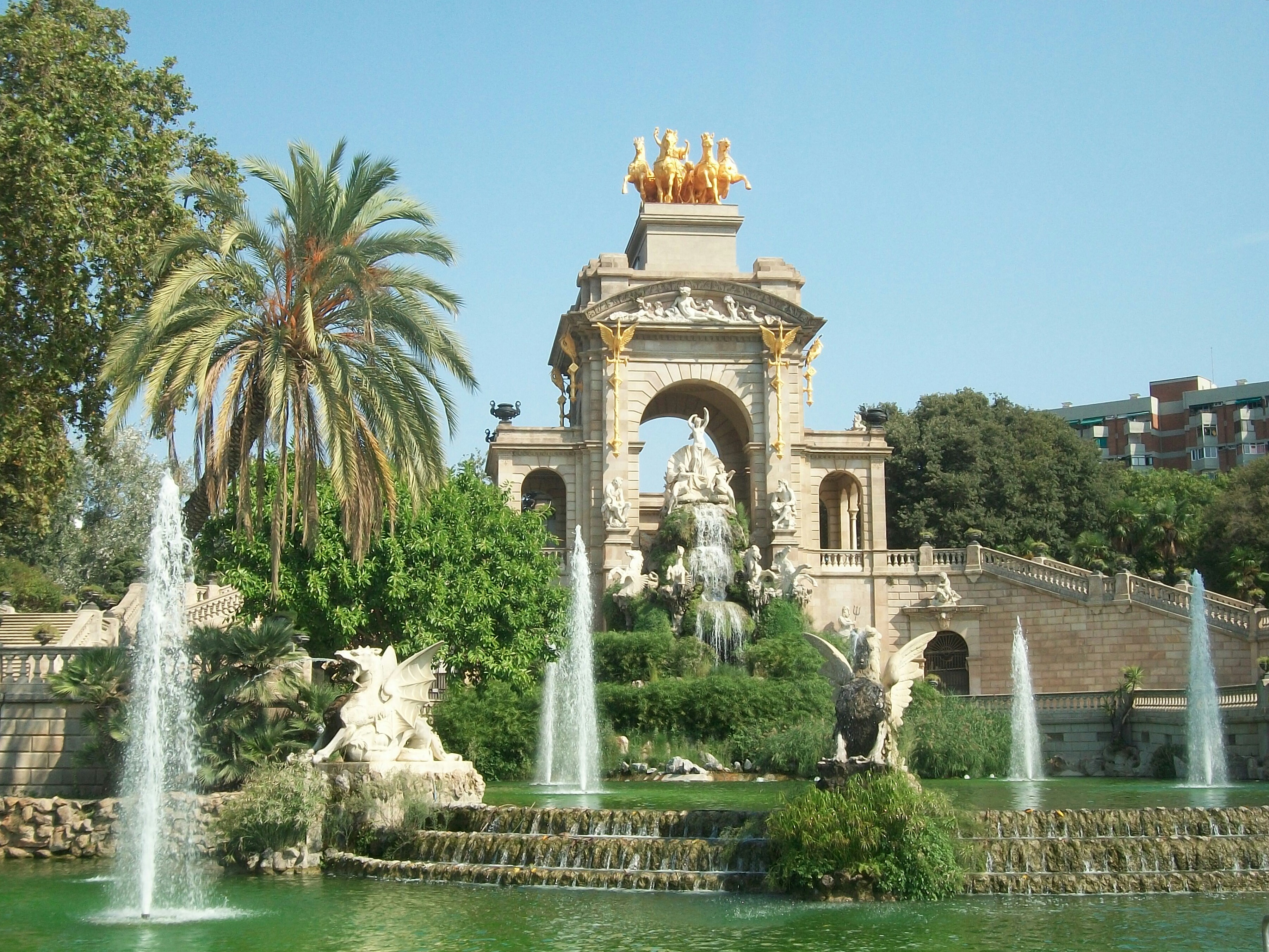 13 Apr TODAY I TRAVEL TO BARCELONA

Now that you cannot travel around the world, we take you to your dream destination. #TodayITravelTo Barcelona, in Catalonia, Spain.

As the Spanish writer Carlos Ruiz Zafón said, “Barcelona is a very old city in which you can feel the weight of history; it is haunted by history. You cannot walk around it without perceiving it.” and we cannot agree more!
From the Gothic Quarter to the amazing works of Gaudí such as Casa Milà, Casa Battló or the Sagrada Familia, the beautiful city of Barcelona, one of the most exciting and vibrant city in Europe, has a lot to offer. One day is not enough to discover Barcelona´s treasures, its monuments, its museums… but here are some must-do things for one day in this amazing city!

• What to do:
Start your day at the Plaça de Catalunya, which marks the start of the Passeig de Gracia. This majestic boulevard was a showcase for Barcelona´s bourgeoisie at the end of the 19th century. The presence of modernist buildings makes the Passeig de Gracia an open-air museum.

Head to Barcelona´s historic and lively promenade, the Ramblas. Just off the Ramblas, you definitely have to go to La Boqueria, considered to be one of the best markets in the world. The first documents confirming the presence of meat stalls just a few meters from the actual market date back from 1217. After various historical events, in 1840, the market was built with a central area reserved for the stalls. The fish stalls were installed in a separate area and were transferred to the central part of the market in 1911. Quickly, the square room became too small and the adjacent areas were annexed to it. The metal roof was built in 1914 and the market has been remodelled over the years.

After your visit to the market, continue to the Gothic Quarter of Barcelona. The oldest parts of the city are located in this quarter. It used to be the Roman village and thus you could see the remains of the city´s Roman walls and several notable medieval landmarks. Much of the present-day constructions of the quarter date back to the 19th and early 20th centuries. This quarter was the medieval Jewish Quarter, and is full of small and narrow streets opening out into squares and plaças, such as the famous Plaça de Sant Felip Neri where you can still see tracks of the past. 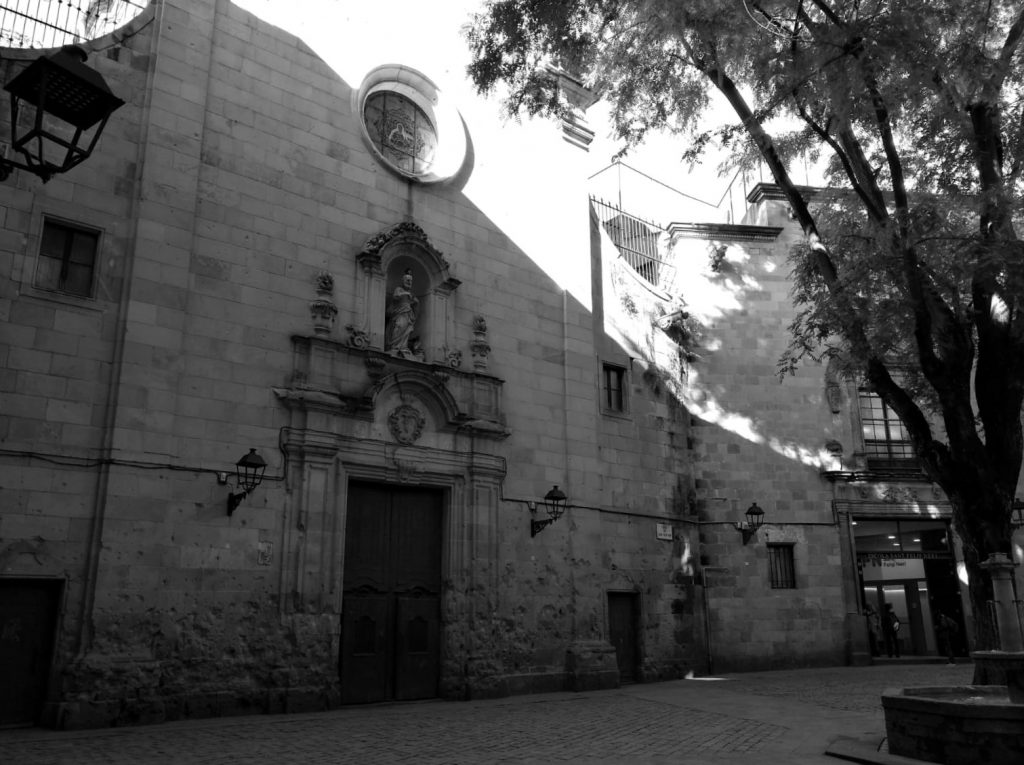 Enjoy a delicious lunch at Bar Brutal, a lively and authentic restaurant and bar on a winding street in El Born Quarter. Locals and visiting foodies love this simple but exquisite cuisine. The wines are all natural as the owner is a supporter of the Natural wine movement, for production of wine without pesticides, chemicals and other additives.

Barcelona is also of course well-known to be home of Gaudí´s masterpieces. After lunch, head to Casa Battló, originally built for a wealthy businessman. The project initially entailed demolishing the building. However the demolition of the house was ruled out thanks to Gaudí. Between 1904 and 1906, the house was fully reformed, the façade completely changed and the inside was converted into a true work of art.
Next you should visit Casa Milà, a fantasy in stone which appears to have been carved out of the living rock, hence its nickname: La Pedrera, which means “the quarry.” Be sure to visit its rooftop. Can you believe that this piece of work was the subject of public mockery when it was built? 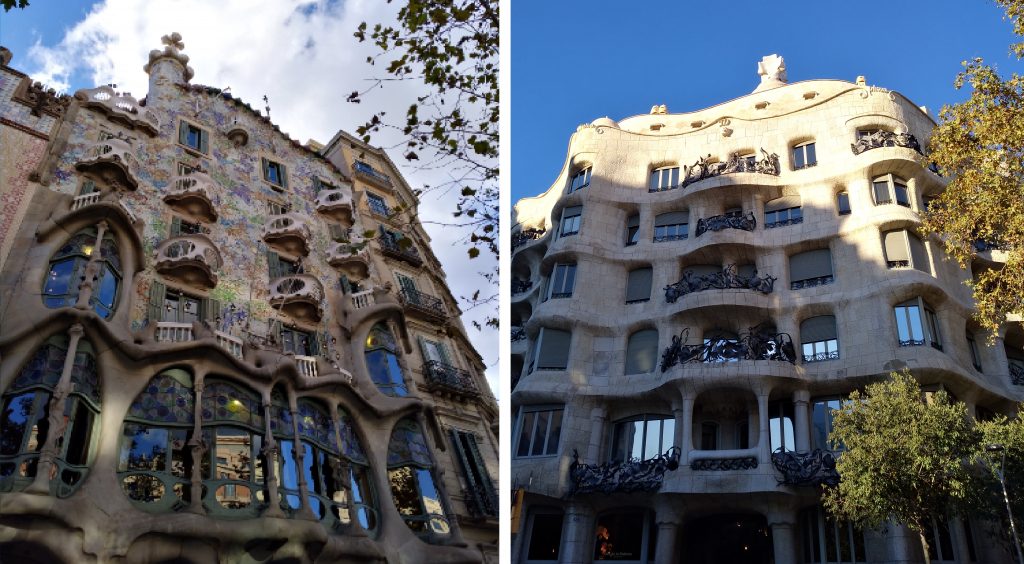 And of course, not to miss the Sagrada Familia, a building that is not simply a Church, but is the jewel of Antonio Gaudí.

Late this afternoon, head to the famous Parc Güell, considered by many fans of Gaudí, his finest work. Walk through the Parc Güell and enjoy the beautiful views of the city as twilight falls. Definitely a good place to see the sunset in Barcelona!

At night, head to the Olympic Port (Puerto Olímpico) to enjoy a drink near the sea! The area offers numerous shops, clubs and restaurants.

• Where to stay:
Stay at one of our favourite boutique hotels in Barcelona, the Cotton House Hotel. This five stars hotel stands in the former headquarters of the Association of Cotton House Manufacturers.

• How to get to Barcelona:
In Barcelona there is an international airport as well as a high-speed train station, that communicates you to Madrid, Sevilla and Cordoba.

You may not have as much time as Vicky and Cristina in the famous movie directed by Woody Allen, Vicky Cristina Barcelona, to go to Barcelona all summer but you should definitely stay in Barcelona a few days to discover it. This city is worth it!