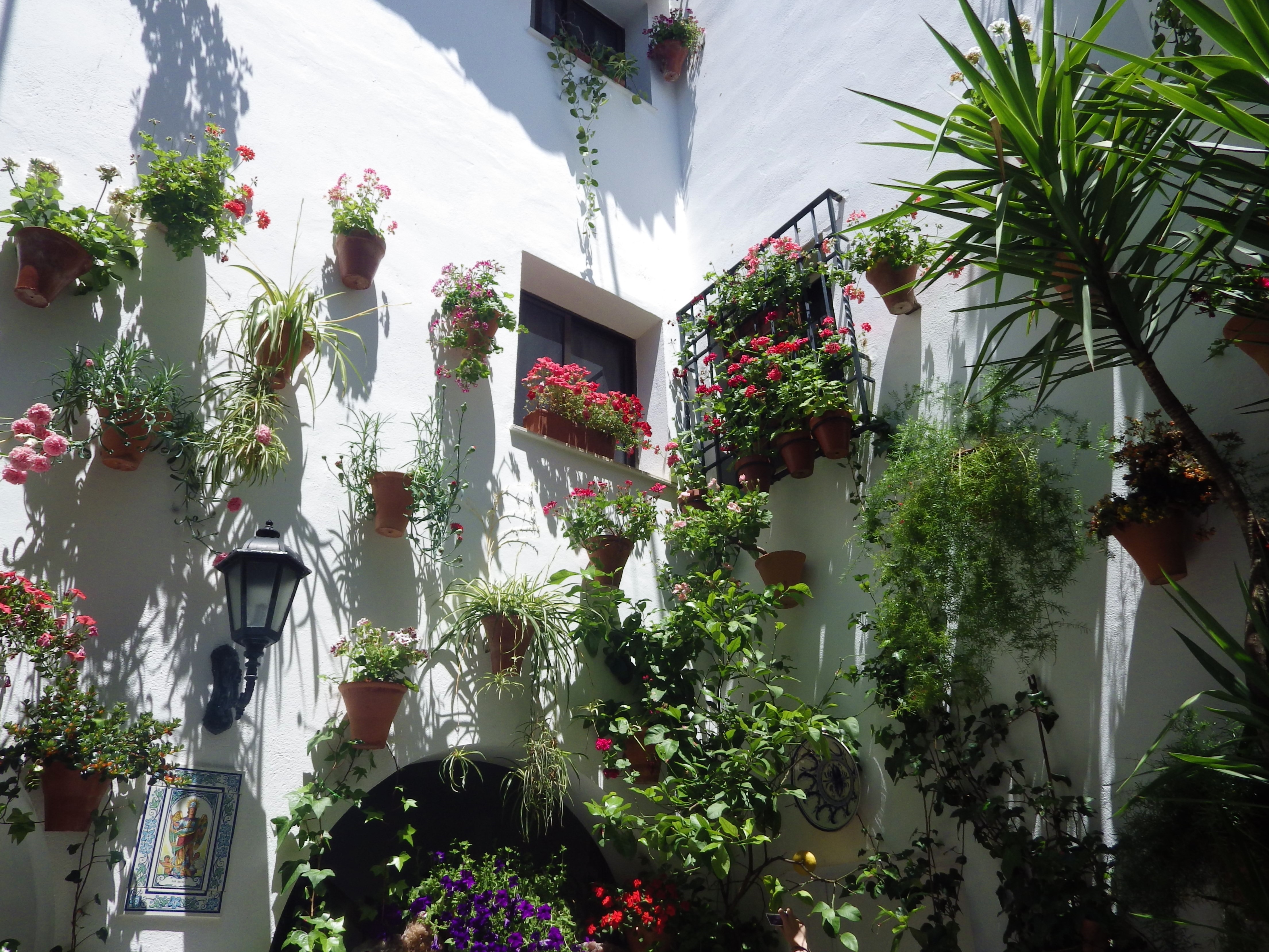 The city of Córdoba should be living one of the most important events of the year, from May 4th to May 17th: El Festival de los Patios (Courtyards Festival). Every year in the first half of May, Cordovans open their beautiful patios to the public, during a free festival of two weeks. This unique tradition is a world heritage event and the opportunity to discover one of the numerous architectural treasures of the city, the patios.

What is a patio?
A patio is an outdoor space in a house with a unique architecture. The houses with patios are the traditional houses of Córdoba. The inhabitants of the city, the Romans and later the Muslims adapted the design of the houses to the climate: an inner courtyard in the center and the house around. It is a source of lighting and ventilation to the rooms. The patio is a communal area important to the Cordovans, who love to spend time outside during the warm summer nights.
During Al-Andalus, the courtyards were embellished with fountains, plants and flowers in pots, hung on the walls or placed on the paving. White walls, and sometimes, some antique furniture such as an iron cooking or archaeological remnants, surround them. You will be amazed! 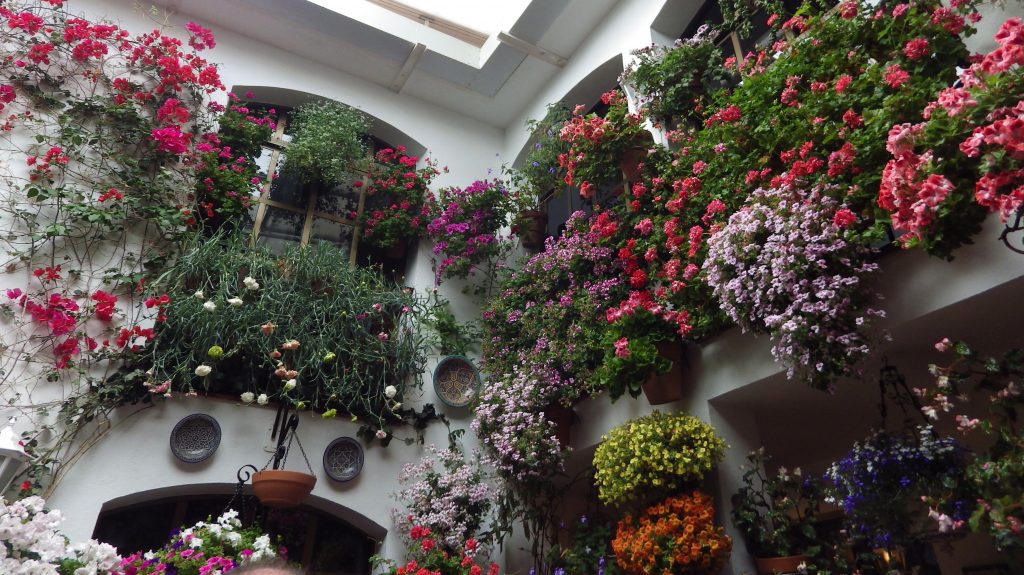 El Festival de los Patios (Courtyards Festival)
Since December 2012, the Courtyards Festival is part of the UNESCO´s list of Intangible World Heritage of Humanity. The festival is a competition to discover the most beautiful courtyards.
The city is full of color and music; you could listen to some flamenco and enjoy the streets and balconies, decorated and filled with flowers.

In 1918, the first path took place and the inhabitants began to open their courtyards to the public. In 1921, the mayor organized for the first time the Courtyards, Balconies and Window Displays competition. Until 1933, the Council did not organize the competition again. Later, after an interruption due to the Spanish Civil war, the festival started again in the late 40´s.
In 1980, it was considered Fiesta de Interés Turístico Nacional (Festival of National Tourist Interest). After some changes and improvements, the Courtyards Festival became more famous year after year. 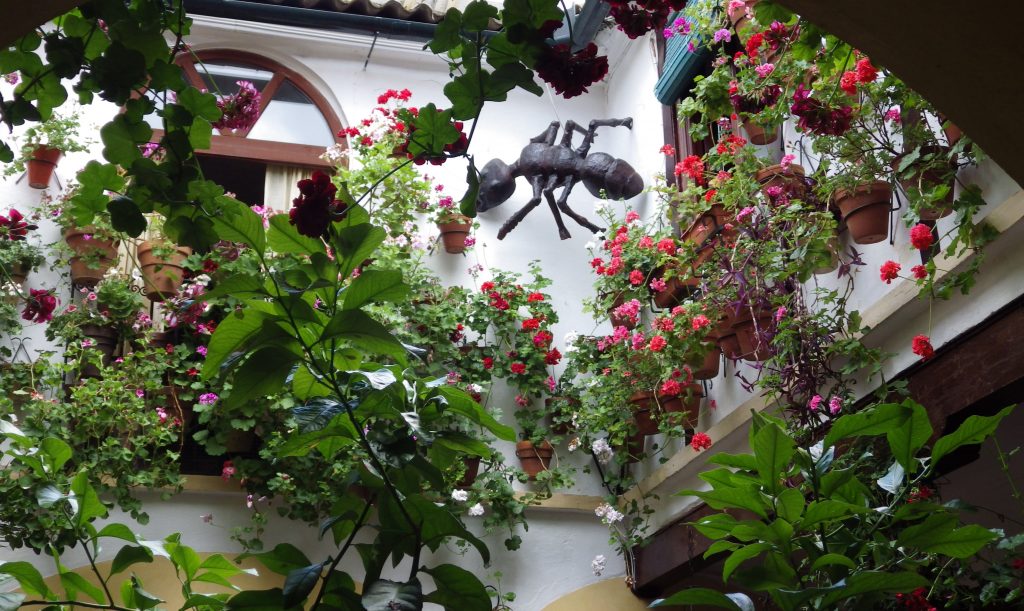 The categories
There are two categories of patios in the contest. The first one is the “patio tradicional” (traditional patio): the ones with old architecture, built up until the seventies which conserve their main structural features. The second one is the “patio de construcción moderna” (modern architecture), with modern or renovated architecture. Patios which are part of new houses or which have been so changed that the most significant elements are no longer present.

Where to see the patios?
There are different areas in the city where you could see the patios. Some of the oldest and most beautiful are located in the old Jewish Quarter, but you can also see more patios through the Alcázar Viejo (between the Alcázar and the Parish of San Basilio), the neighborhood of San Basilio as well as in the neighborhood of Santa Marina. 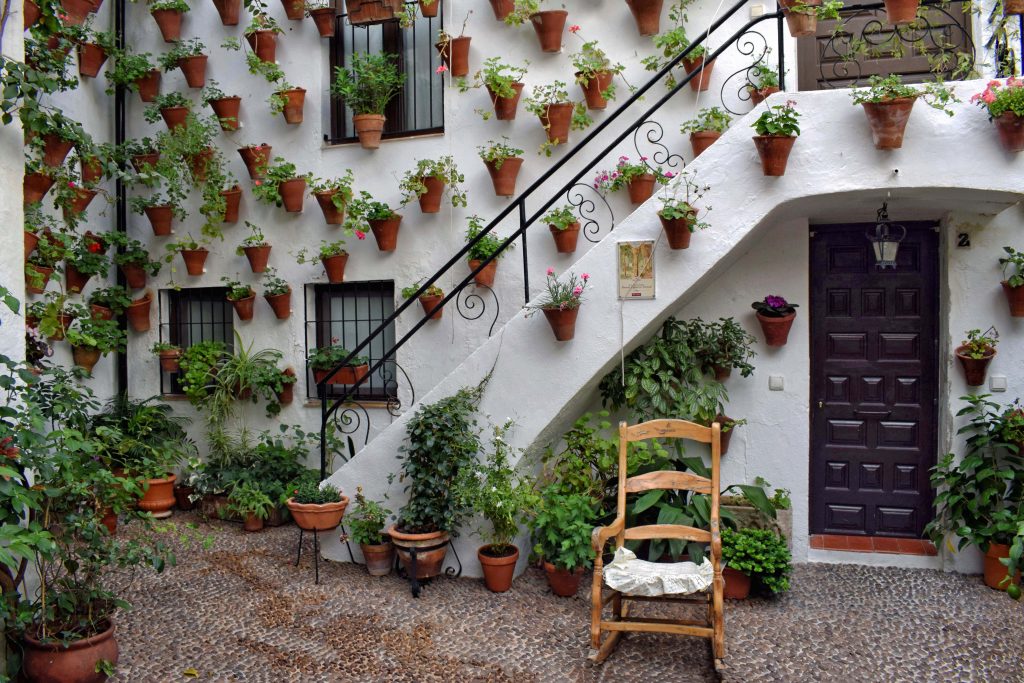 This image was originally posted to Flickr by Jocelyn777

This is also the opportunity to visit the famous Viana Palace (we talked about it here) with its amazing twelve typical patios. You can visit it during all year!

May is definitely a good month to go to Córdoba. Besides the Courtyards Festival, the Cruces de Mayo (May Crosses) is also an important event, where the city is full of crosses made with flowers.

To conclude the month, the Fair of Córdoba takes place, the city becomes a party with horse carriages and flamenco in the streets.